Crenshaw County storm damage ‘like shrapnel from a grenade’ (PHOTOS) 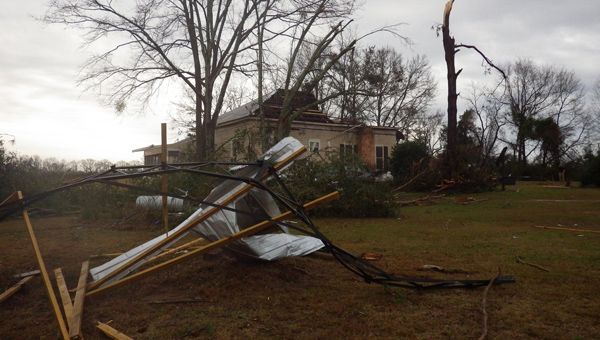 A storm that ripped through Crenshaw County early Sunday morning left a trail of tornado damage in its wake.

According to Crenshaw County EMA Director Earl Thompson, a tornado entered the area through Covington County and took a northeastern path through the Dozier area, where most of the damage was sustained in unoccupied woods.

The tornado then reached the Mt. Ida community, where it damaged the home and farm of Edwin and Genese Mitchell. The family’s five chicken houses were destroyed.

“There’s really nothing left,” said Thompson of the chicken houses. “There’s just pieces of metal lying around like shrapnel from a grenade.”

The tornado entered Pike County around Gin Creek Road, where it damaged a home.

Thompson said there were no casualties or injuries reported.

The tornado came with very little warning, said Thompson. In fact, he had to call 911-dispatchers to sound the alarm before he could reach the office. The warning lasted from 3:30 to 4:15 a.m.

Tornado warnings may have passed, but the potential for hazardous conditions have not. The National Weather Service said Crenshaw County could expect freezing temperatures Monday through Saturday as an arctic airmass moves into the area mid to late week.

A hard freeze is becoming increasingly likely across much of the region Thursday and Friday morning. There is also the potential for single-digit wind chills early Thursday morning. 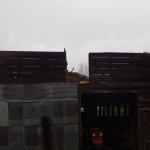 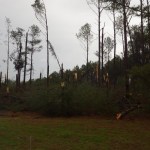 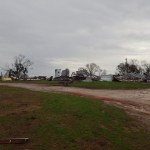 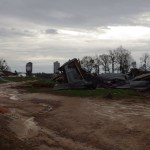 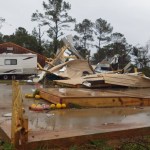 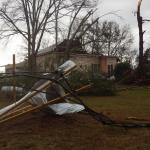 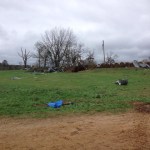 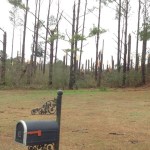