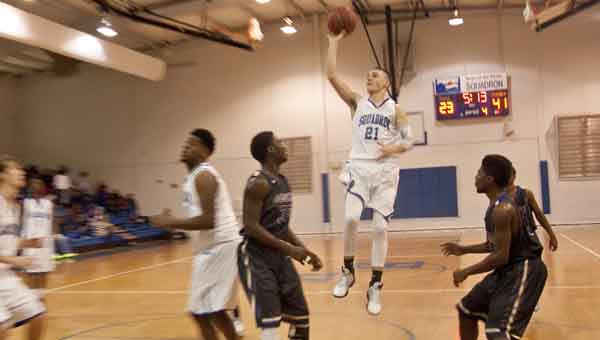 The Highland Home Flying Squadron were grounded Friday night with a 47-36 loss to Goshen.

The Squadron stopped Goshen’s full-court trap early in the game , but the team could not overcome what Proctor called “mental errors.”

“We got some easy looks at the basket, but missed a lot of lay-ups under the basket,” he said.

The leading scorer for the Squadron was Andrew Brown with 10 points.

Darion Means added another nine points to the total and Tay Fuller had five for the night.