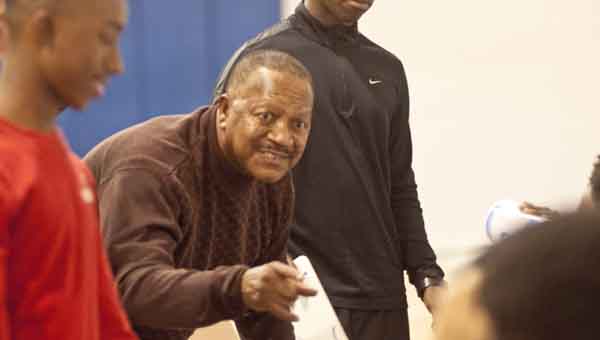 After the 47-36 loss to Goshen, head coach Joe Proctor told his team it would be his last game at Highland Home School.

Proctor said he was leaving because of his mother-in-law’s health and the strain her care has put on his wife since she moved in with his family. His wife chose to take a leave of absence from her job after her 86-year-old mother had had five strokes and could no longer walk.

“There’s a lot of sickness in my family and I’ve got to be closer to them,” he said.

Since starting his coaching and teaching positions at Highland Home four years ago, Proctor has been commuting from Montgomery. He said it was important to be closer to home in order to help his wife and spend more time with his family.

“We’re obviously disappointed, but we understand the situation,” he said. “We wish him the best and are thankful for the great job he has done with the team.”

Proctor accepted a position as athletic director and director of physical education at Holy Cross Episcopal School in Montgomery, a K-6 school. The position means an end to his 36-year coaching career.

“The only way I’ll be coaching there is if some of the parents don’t show up,” he said.

Proctor loved coaching basketball. He said it was in his blood.

“I’m in to every game, in to every practice,” he said. “I’ve tried to teach these young people not only how to play basketball, but how to be decent human beings.”

Proctor is the second head coach to resign this school year. The school lost head football coach Claude Giddens after the season ended.

A replacement for Proctor has not yet been named. He recommended the team’s next coach continue working on fundamentals. Proctor has seen players’ shooting and dribbling improve, but they can still use some improvement.

“They are really good kids and have worked very hard,” he said. “I’m really going to miss quite a few of them.”

Principal Randall Fullington said he would stand in as interim coach as the search continued.

“I’m going to technically stand in and work the guys out so they don’t lose their conditioning,” said Fullington after Friday’s game.

The Jan. 2 game against Luverne has been rescheduled to Friday, Jan. 23. The Squadron’s next game is slated for Jan. 6.