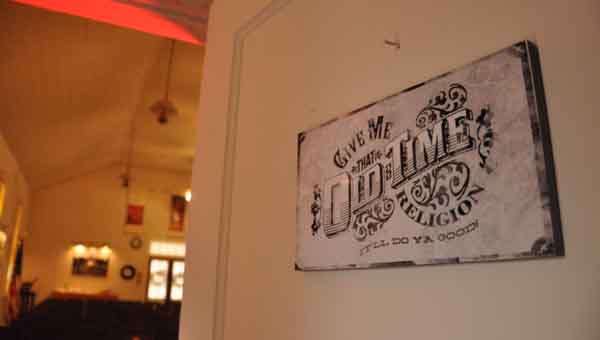 Members of Fountain of Life Church like to call their South Forest Avenue church one of Luverne’s best-kept secrets. They plan to change that.

The church started improvements, from the inside out. Improvements included new church displays, an upcoming speaking engagement and community involvement, all of which focus on evangelism.

Why the change? Church elder Brooks Flint said the church’s renewed purpose is based on biblical text.

“The answer is to make sure that our focus remains on the charge made to us in Matthew 28:19 & 20,” he said. “To ‘go and make disciples of all the nations baptizing them in the name of the Father and the Son and the Holy Spirit’ and to ‘Teach these new disciples to obey all the commandments I have given you.’”

One of this year’s most popular additions to the Luverne Christmas Parade was not a part of the parade at all. Spread along the parade route were stands offering free Pepsi and hot chocolate to parade goers.

The free drinks were part of the church’s renewed goals to reach out to the community.

“We’re doing it because Christ wants it done,” said Flint. “And we’re just trying to figure out better ways to reach people.”

Fountain of Life will welcome guests to a special service this weekend. On Sunday, Dec. 14, leading evangelist and author Pat Schatzline will be the keynote speaker at the church’s 10:30 a.m. service.

Schatzline is the co-founder of Mercy Seat Ministries who has been featured on TBN, JCTV and Daystar TV Network. His book, “Why is God so mad at Me?” addresses society’s lost understanding of God’s love and character.

Flint said his son, Pastor Jud Flint, took a chance when he contacted Schatzline, but did not expect the evangelist to agree to come to Luverne. As it turns out, Schatzline had ties to the town. His father was once a pastor in Luverne.

When Schatzline stands in the sanctuary of Fountain of Life Church, he will have a plethora of inspiration around him. Music minister Jarrett Flint scoured the Internet for photos that spoke to him. The result is a collection of powerful images of people spreading the word of God and feeling his spirit.

Jarrett’s favorite is of a woman being baptized.

“It’s my favorite because it’s pure,” he said, smiling up at it. “There’s no question what she’s feeling.”

The church is well over a century old. Century-old artifacts decorate the walls, also additions of Jarrett’s.

When the Fountain of Life was established, they agreed to leave the bones of the church alone. Their additions have included additional lighting and a new sound system.

Brooks Flint said the changes have amplified his experiences there and hopes it has the same effects on those who visit.

“Our goal is not to draw anyone from other churches. Our goal is to reach people around us. We want to always be eager to display hospitality,” said Flint. “You’re welcome here.”

Fountain of Life is located at 311 South Forest Avenue in Luverne. 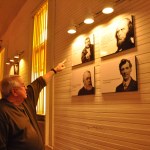 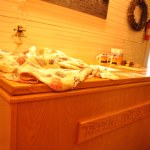 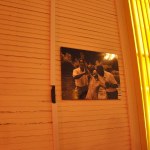 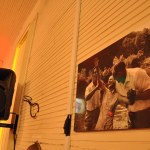 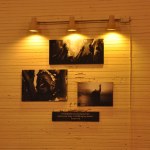 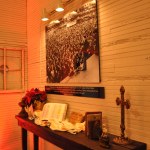