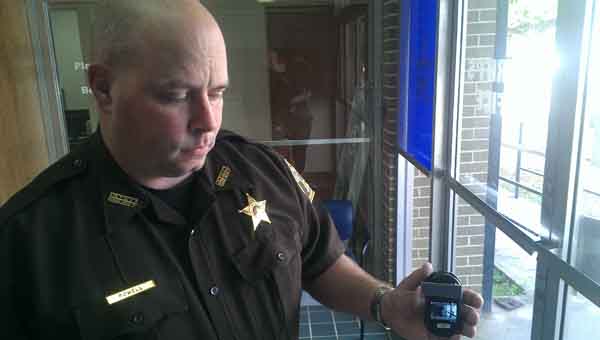 As the rest of the nation marches, signs petitions and passes laws to force law enforcement officers to wear body cameras, Crenshaw County Sheriff Charles West is thankful his deputies already have them.

“We’ve been wearing them for about two years,” he said.

Deputy John Powell said the cameras are easy to use.

“It’s convenient and it protects us just as much as it does the public,” he said. “No one has to take our word for (what occurs). It’s real-time footage.”

West started with a cheaper model that only recorded sound. Once deputies became accustomed to wearing and actively using the cameras, he saw that it was time for an upgrade.

Each camera costs about $200. West said they are worth every penny.

“They’ve cut down on the complaints,” he said. “At the jail, complaints went to zero.”