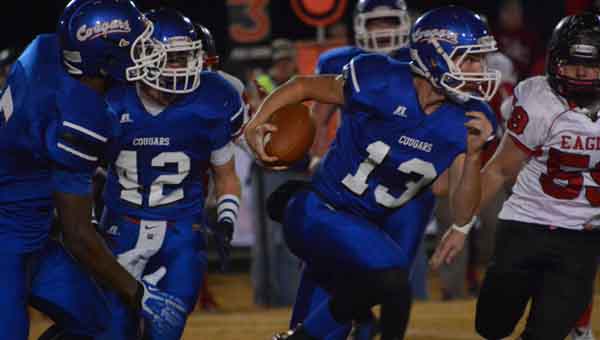 Crenshaw Christian Academy has made it to the round of four. The Cougars take on Patrician Academy at home Friday night.

Gibson saw a lot of similarities in his team and Patrician. Each team has a solid roster.

“They don’t have a true weakness.” He said.

This will be the first time in three weeks the Cougars will be able to play its original lineup. The team has been riddled with injuries, but Gibson said everyone is in good shape.

Jamal Saunders returned last week after injuring his shoulder. The senior rusned 101 yards. The team, as a whole, rushed 265 yards and threw another 125 yards.

“Offensively, we’ve been getting better with each game,” Gibson said.

Crenshaw has a deeper bench than Patrician. Gibson plans to play around 18 students to Patrician’s 14.

Crenshaw’s game starts at 7 p.m. Friday. The winner will move on to a final in Troy Nov. 21.

Callie Willis says the only thing that separates her from Tyler Perry is a large bank account. But, the Highland... read more