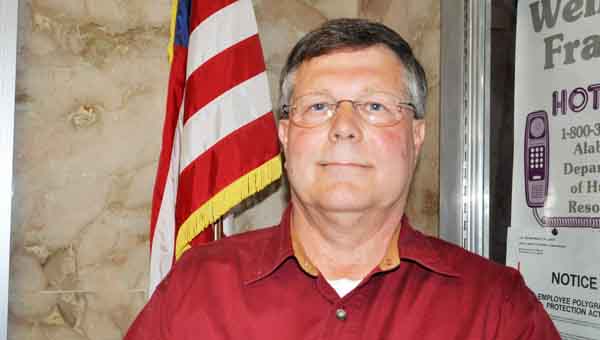 Mickey Powell plans to be a man of the people when he takes over as sheriff of Crenshaw County. He said he and his deputies would operate under an open door policy and have a true presence in the communities they serve.

Powell beat Democrat Andy Compton with 2,415 votes to Compton’s 2,291. He is the county’s first Republican to hold the office.

The new sheriff hopes to build up forces so that the department can operate with at least two people on duty at all times. Additional personnel was one of Powell’s campaign promises, a goal he has set for his first term as sheriff.

His plans stand a better chance of coming to fruition now that the fire tax passed. Twenty-five percent of the new sales tax will go towards public safety. Commissioners have not determined how the new revenue will be spent. Members of the Animal Society have lobbied for the funds to go towards an impound officer and animal shelter.

“I hope that (tax revenue) goes to us and our commissioners will work with us. That may be another deputy salary, maybe two,” Powell said.

Powell will keep Jimmy Lecroy as chief deputy and has not planned to make any major changes to Sheriff Charles West’s staff.

Powell worked under Crenshaw’s last four sheriffs. He served on the drug task force for 10 years, and was commander for eight of the years.

Crenshaw County is not currently part of Alabama’s drug task force, but Powell planned to change that.

Powell said winning the election was a dream come true. He thanked voters for supporting and believing in him.

Powell will take office in January.

“I wish I could take office tomorrow,” he said. “I’m excited and ready to go.”