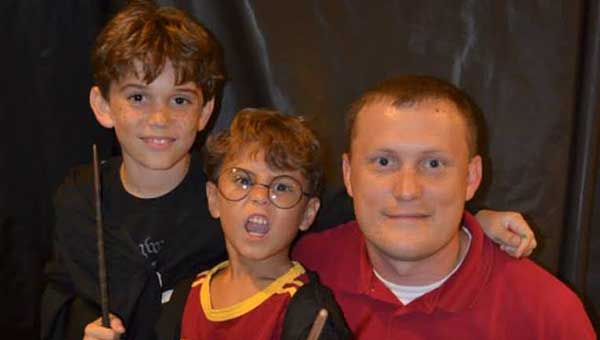 “We’ve been decorating our Community Room all this week,” said Library Director Kevin Pearcey. “Lee Johnson, Susanna Gaston, Pat Tucker and the staff have been putting a lot of effort into making this year’s party even bigger than last year. We know children are going to have a great time.”

Created by British author J.K. Rowling, the Harry Potter franchise includes seven books and eight feature films and is largely credited with starting a reading revolution for children in the late 1990s that carried over into the 21st Century.

There’s also a host of activities planned said Pearcey including Quidditch Practice, Cauldron Toss, a Bertie Botts Challenge, and children can have their fortune told. Prizes will also be awarded for best costumes, said Pearcey.

Also on tap next week, Pearcey said the Library will also host Trick or Treat on Friday, Oct. 31 at 5 p.m. in the Community Room.