Fairhope native Andrew Garner has been named managing editor of The Greenville Advocate.

Garner joins the Advocate after spending almost eight years working at The Andalusia Star-News, his first job right out of college. 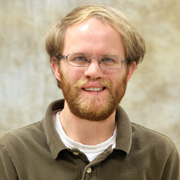 During his stint at the five-day-a-week newspaper in Andalusia, Garner served as sports editor since April 2008.

“I am very excited to be joining the staff at the newspaper here,” Garner said. “I can’t wait to get involved in the community and to meet new people.”

Garner graduated from Troy University in December 2006 with a bachelor’s degree in broadcast journalism and public relations. He served on the staff of the student newspaper The Tropolitan for almost two years.

Upon graduation, Garner joined the ASN staff as a general news reporter in March 2007 before being promoted to sports editor, a position he held until last week.

While in Andalusia, Garner gained a love of photography that has grown to this day.

Garner is an avid lover of films and sports, especially the University of Alabama’s Crimson Tide football team.

“We’re glad to have Andrew join our team,” said Greenville Advocate publisher Tracy Salter.  “Andrew understands the role and responsibilities of a community newspaper and will do a great job here.”