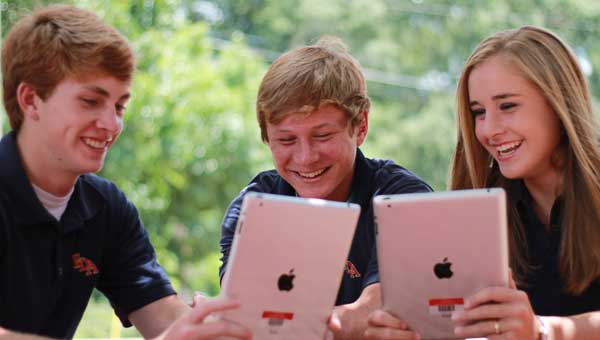 Even though Facebook’s age minimum age requirement is 13, there are about 5 million current users under the age of 10.  To put that figure in perspective, not even 5 million people inhabit the state of Alabama.

On Thursday, Fort Dale Academy will aim to serve as a lighthouse to help some of those children—and, more importantly, their parents—navigate the murky seas of the Internet.

The school is hosting a seminar called iParent: Parenting Children in a Digital World beginning at 6 pm. on Oct. 23 for the purpose of keeping children safe in a digital world.

Technology plays an increasingly important role in the lives of today’s students, but the dangers it presents likewise increase in number.

Cyber-bulling, inappropriate usage of social media and the phenomenon known as “sexting” are all problems that are difficult enough to discover, let alone solve.

“As we increase technology, there are more things that you need to be aware of because technology is sort of a double-edged sword,” said Jan Lowery, director of instructional technology at Fort Dale Academy.

Snapchat, the incredibly popular photo and video messaging application, operates on what Lowery considers to be the epitome of that concept.

“I don’t think everything done on it is bad—I don’t even think 90 percent of it is bad—but I think the appearance that things go away is a frightening thing.”

In fact, they don’t go away.  As recently as Oct. 12, nearly 200,000 inappropriate photos and videos of Snapchat users leaked online thanks to a third-party app that allowed for the saving of content that would otherwise be deleted.

The problem with policing children’s activity on the Internet is nothing new, however, as it remains difficult to prevent an underage child from watching a rated-R trailer on Youtube.

But there are several options that parents have to control access within their own homes.

“That’s part of what we’re going to be talking about, are different practical suggestions,” Lowery said.

“We aren’t going to tell anyone how to parent, of course, but one of the things you can do is filter at the router level.  At home, I use a free program that filters my devices at my house so any device that connects to the Internet at my house is filtered.”

Most parents may think of giving their children cell phones as a sign of trust, but there’s a different between trust and ignorance.

“I’ve heard it said that it’s like we’re giving an adult device to children with no guidelines most of the time, and that’s very true because I see kids all the time walking around with devices and their parents have no idea what they’re doing on it.”

The iParent seminar is set for 6 p.m. at the Fort Dale Academy library.