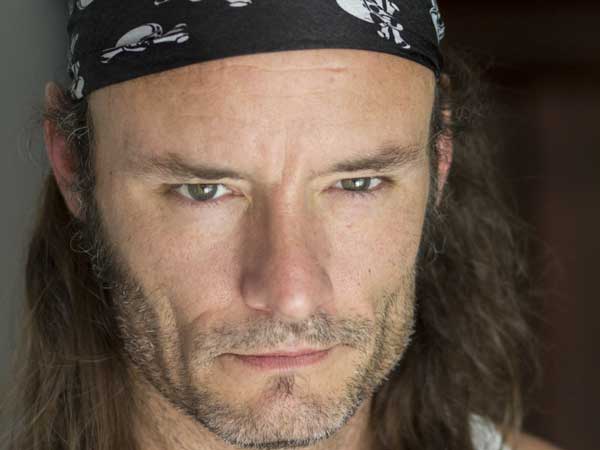 Former Greenville native Rob Mello portrays Ted Cole, otherwise known as “Crazy Ted,” in “The Best of Me,” a film adaptation of the famous Nicholas Sparks novel of the same name. (Courtesy Photo)

Greenville moviegoers might notice a familiar face among those cast in this weekend’s “The Best of Me,” a film adaptation of the famous Nicholas Sparks novel of the same name.

Former Greenville native Rob Mello might not have the most approachable visage, but he wouldn’t have it other way.

Mello portrays Ted Cole, otherwise known as “Crazy Ted,” which is more than a little telling of his antagonistic role in the film.

“I’m never going to really get to kiss the girl — I know that, and that’s OK.  But I’m going to have all of the cool lines, I’m going to look cool and the girls like the bad guys, don’t they?”

While Mello’s character probably won’t be getting the girl in his latest film, he stands a far better chance in another major role he recently landed on the ABC series “Nashville” as a troubled boyfriend.

Though television has taken on more film-like qualities in recent years, one key difference remains between the two — the pace.

“In film, you have a lot more time in between takes and sets,” Mello said.

“TV is very staccato — crack a whip, and you’ve got to go. When you’re building your character, auditions are fast.  I get my script, and I have to go on tape that day or the next day.

“The more quickly you get your auditions in, the more likely you are to get the call back, so you have to be on point with being familiar with, number one, what you look like.  I’m a nice guy, but I look like I can be the creepiest son of a [gun] on the planet.  I know that.”

But just a short two years ago, acting and developing a character were the furthest things from his mind.

“I was working at Cracker Barrel and I didn’t have a car, so I walked,” Mello said.

“Not a lot of people know that I walked 10 miles to work and 10 miles home.  And I did it for my kids.  It wasn’t really for the money, because it wasn’t much.  But it was for them, and to show them that it doesn’t matter what life throws at you — this is an impossible situation, but I’m not quitting, and you never can either.”

Hard work, tempered by a no-quit attitude, is what led to several of Mello’s big breaks following a move to Tampa, Fla.

It’s the same attitude that turned his first gig — a role as an extra that he found on Craigslist — into co-starring alongside fellow Hollywood bad boy Danny Trejo on big-budget films.

It was his most recent meeting with the star of “Machete” and “Desperado” fame that solidified his goal of becoming “the new go-to bad guy.”

“It’s because these guys do things that you can’t do, and you live vicariously through these characters.  As an actor, you have to justify that and make these people real,” Mello said.

“People don’t see the practical application of the arts in the real world, but people act every day.  People put up fronts — that’s called acting.  There’s art everywhere, and the more art in our lives, I think the better off we are. It’s opening the world to an expression of itself.  And that’s really all we want, is to be heard, understood and loved.”

“The Best of Me” is now showing at The Edge 8 in Greenville, and “Nashville” can be seen on Wednesday nights at 9 p.m. on ABC.

Old Time Farm Day provides an opportunity for the county’s senior population to educate and entertain the youth in regards... read more