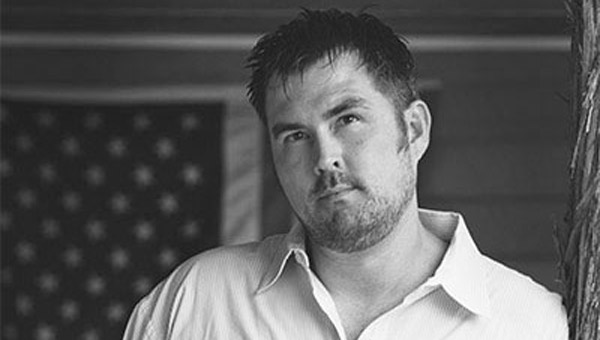 Marcus Luttrell, a best-selling author, the subject of a Hollywood blockbuster and a decorated Navy SEAL, will share his amazing stories Nov. 14 at the Bama Theater in Tuscaloosa.

Described as a “son, brother, husband, father, best-selling author, the subject of a Hollywood blockbuster and a decorated Navy SEAL,” Marcus Luttrell now will add stage performance to his list of amazing accomplishments.

As part of his Patriot Tour, Luttrell, a Texas native, will share his amazing stories Nov. 14 at the Bama Theater, located at 600 Greensboro Avenue, in Tuscaloosa.  The event begins at 7:30 p.m. Tickets are already on sale for this event and are expected to go quickly.

On June 28, 2005, Luttrell and three fellow SEALS were sent to the mountains of Afghanistan’s Hindu Kush with the mission of “killing or capturing” a high-ranking Taliban leader during Operation Red Winds.

During the intense gun battle with Taliban forces, all but one of the SEALs sent on that mission were killed. Luttrell lived, though he sustained multiple gunshot wounds, survived horrific falls and had to walk or crawl seven miles while waiting days for rescue.

For his Patriot Tour, Luttrell presents an inspiring live stage experience and evening filled with stories only he can tell.

Whether it has been rebuilding his life with the help of his wife and children, honoring the sacrifice of his fallen brothers in his best-selling book and movie Lone Survivor, or supporting charities and foundations focused on helping returning veterans, Luttrell has never walked away from a challenge.

Luttrell, and other SEALS, pride themselves on living by an important SEAL creed.

“I will never quit. My nation expects me to be physically harder and mentally stronger than my enemies. If knocked down, I will get back up. Every time. I will draw on every remaining ounce of strength to protect my teammates and to accomplish our mission. I am never out of the fight.”

Joining Luttrell on the tour is Capt. Chad Fleming (retired). Fleming is a Tuscaloosa native and a graduate of Central High School and the University of Alabama. He was also a deputy sheriff for the Tuscaloosa Sheriff’s Department.

After enlisting in the U.S. Army, Fleming became an Airborne Ranger in 1999.

During his six deployments overseas Fleming was wounded in combat on three separate occasions. He has undergone more than 23 surgeries, which would later result in the amputation of his left leg.

He has deployed twice since his injuries and both times chose to go back to the same unstable area of Iraq that cost him his leg.

After serving with distinction and receiving numerous awards and decorations, including the Bronze Star, Fleming retired from active duty but still remains a vital part of the 75th Ranger Regiment.

Taya Kyle, the widow of former Navy SEAL Chris Kyle, will also be part of the tour.

Chief Petty Officer David Goggins, who will be a part of the tour, is a SEAL and became an ultra-marathon runner, while raising money for a variety of military foundations.

Retired Navy SEAL Pete Scobell, who served nearly 17 years on active duty, will be a part of the tour, performing original songs and sharing stories of his service.

For additional information and to purchase tickets, visit www.patriottour.com.