For the love of rodeo 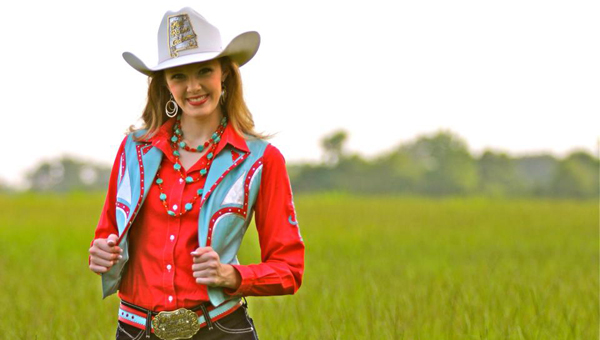 Some parents try singing lullabies to get their baby to stop crying.

Others load up their baby and go for a ride in hopes of soothing the crying child.

That’s the route Steve Maness chose. But the father of two didn’t reach for car keys and a car seat. Instead, he grabbed a saddle and a bit.

“My daddy said he put me on a horse so I’d stop crying,” said Chelsea Maness. “I don’t even remember the first time I was on a horse.”

Maness, a senior at Troy University, is all grown up now, but she still loves to ride horses. The Camden native competed in barrel racing for Troy University’s rodeo team until the school closed down the program at the end of last season.

“I loved competing for Troy,” Maness said. “We competed in a region, and each school hosted a rodeo. Most of the time we were competing against the same people and we were able to build camaraderie not only with our teammates, but also the contestants from other schools. I think that’s what makes rodeo unique. It’s the only sport I know of where you yell for your opponent and get excited when they do well, and then they yell for you and get just as excited for you. I love it.”

That love for the sport, and serving as an ambassador for rodeo, led Maness to pursue another dream — being crowned Miss Rodeo Alabama.

That dream became a reality on June 26 in San Antonio, Texas.

“It’s something I’ve always wanted to do,” Maness said.

It’s something she very nearly didn’t get the chance to do.

That meant that in order to win the title, Maness had to travel to Texas to compete. She was judged on her horsemanship, a two-minute speech, multiple interviews and her appearance.

As Miss Rodeo Alabama, Maness will travel the state helping promote the sport.

“I’ll be attending a lot of different rodeos,” she said. “I’ll also go to schools and different special events.”

In December she will compete for the title of Miss Rodeo America at the Wrangler National Finals Rodeo in Las Vegas.

While Maness hopes to bring the title of Miss Rodeo America back to Alabama, she is also focused on creating more interest in the local pageant.

“I really hope to get the program back started,” she said. “I don’t want it to just end with me. I want there to be another queen. There are some people involved with the Texas pageant that have said they’d help me, and I think there are a couple of girls I know that are interested in competing. I’d just love to see this program continue.”

Maness is the daughter of Steve and Renee Maness.