Arrest made in counterfeit money case 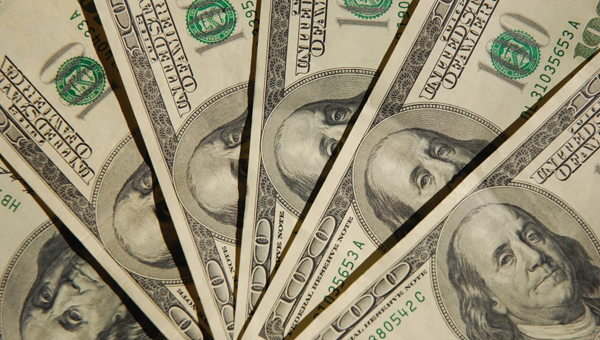 Levord Thicklin, 22, of Minter, Ala., was arrested Thursday night. Jail records show he has been charged with circulating illegal paper money without authority; possession of marijuana, second degree; possession of a controlled substance; carrying a concealed weapon without a permit; and possession of drug paraphernalia.

According to jail records, Thicklin bonded out of the Butler County Correctional Facility on Saturday.

Levord Thicklin, 22, of Minter, Ala., was arrested Thursday night. Jail records show he has been charged with circulating illegal paper money without authority.

Lt. Justin Lovvorn said Thicklin attempted to pass a counterfeit $100 bill at the Marathon gas station on the Luverne Highway.

When the station attendant marked the bill to check its authenticity, she discovered it was a fake. Thicklin fled the scene, but the attendant was able to get his vehicle’s tag number and contacted authorities.

“She was able to give us a good description of the suspect,” Lovvorn said.

About an hour later, the Thicklin tried to use another counterfeit bill at McBride’s Chevron. This time, authorities were able to capture the suspect at the store.

When police searched Thicklin’s car, they found 18 pills believed to be ecstasy.

Lovvorn said authorities are still looking into the origin of the counterfeit bills, and he expects additional arrests to be made.

The GPD is encouraging area businesses to take a few moments to check the authenticity of bills when a customer makes a purchase.

“It only takes about five seconds of your time to ensure that a bill is authentic,” Lovvorn said. “One of the easiest ways is to hold the bill up toward a light source. There will be a thin vertical strip running from top to bottom. It will have the bill’s denomination written on it, such as 10, 20, or 100. Another easy-to-see sign is the bill’s denomination will be listed on the lower left front corner. This should have a glittery look to it. It should sparkle as you move the bill around. There are many more safeguards on each bill, but the important thing is if you think it could be a fake, hold onto the bill, contact law enforcement, and obtain as much information as possible about the person trying to pass it.”

Lovvorn said the GPD will hand over all the counterfeit bills it collects to the Secret Service.