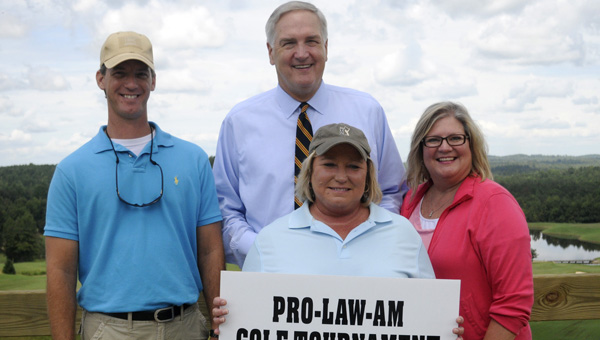 Strange, who is running against Democratic challenger Joe Hubbard, has been widely criticized for his efforts to shut down electronic bingo casinos across the state.

“As attorney general, I don’t get to pick and choose the laws I like and don’t like. …. We rely on the rule of law,” Strange said.

“When I came into office the court had already said these were slot machines,” Strange said. “I can’t just turn my head to that.”

Strange, who was elected to the AG’s office in 2010, said much of his time in office has been focused on the 2010 Gulf of Mexico oil spill.

He has helped spearhead the litigation against BP over the oil spill.

Strange decided to handle the case personally and was appointed lead counsel for the five Gulf states with claims against BP.

Strange said by handling the case in house, his office has saved the state millions of dollars.

He said Louisiana has already spent $24 million on outside lawyers.

On Thursday, a judge ruled that BP caused the spill through reckless conduct, which means the company will pay additional civil penalties.

Strange says Alabama will receive part of that money, although at this point the exact amount the state will receive is still unclear.

“Armed with this finding,” Alabama Attorney General Luther Strange said in a statement, “Alabama is preparing to prosecute its case for compensatory and punitive damages against BP.”

Strange also touted a victory by his office in a case heard by the U.S. Supreme Court involving a state employee who lost his job after testifying in a government corruption case.

Strange argued the case himself.

“Having the chance to argue a case before the Supreme Court was a special treat,” Strange said. “And we won, 9-0.”

While in Greenville Strange also attended the annual Camellia Communication Pro-Law Am, which benefits the Butler County Children’s Advocacy Center and the Fraternal Order of Police Lodge No. 39.

Voters will decide between Strange and Hubbard during the General Election on Nov. 4.