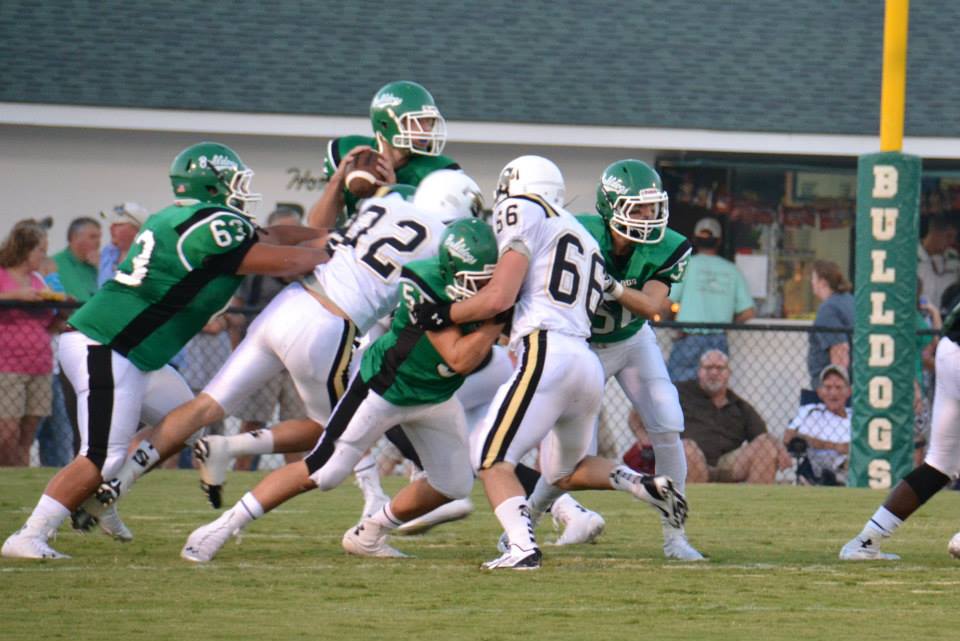 Thursday’s game versus Brantley High School may be between local rivals, but that’s not how Luverne High School Head Coach Mike Dubose sees it.

We don’t approach it that way. Don’t treat any game as a big game. They’re all big,” he said. “It’s like I always tell them, ‘The motivation is the preparation.’”

Dubose kept the team’s practice schedule the same and did not change what he asked of his team or his coaches.

The Tigers were at a disadvantage against last week’s opponents, Opp High School. The rainy weather interfered with two of their practices leading up to the game. Heat was another challenge, but Dubose was pleased to see that, for the most part, his team fought through it.

The team has improved with each of this week’s practices. Tuesday was a highlight for Dubose. He got a glimpse of what his players could do once they started to gel as a team.

Brantley Head Coach Ashley Kilcrease didn’t have to mention Luverne to get his team hyped up for the battle. Players came to practice ready to work and did not let up.

“It’s just a lot of fun – fun for fans, fun for players,” he said. “I don’t know about coaches, but fun for everybody else.”

Kilcrease expected to see a crowd on either side of the ball field tonight and hoped those crowds would do more to help his team than distract them.

The Bulldogs are coming off of last week’s loss to Straughn High School, a 4A team, with a few lessons.

“Last week’s game taught us we had to finish,” Kilcrease said. “We have to focus and finish the game.”

Playing a bigger school had its disadvantages, none more evident than a deeper bench. Straughn dressed out about 55 players to Brantley’s 40.

“That made a big difference, no question,” said Kilcrease. “Bu we still were in position to win it.”

Kilcrease and Dubose expect a fight to the finish in tonight’s game.

“We’re very similar, a lot of our strengths are their strengths,” Kilcrease said.

Because Luverne played on a Thursday night last week, coaches had the opportunity to check out the competition Friday night.

“They’re very good,” Dubose said of the Bulldogs. “They’ve got great coaching and outstanding players. I don’t know much about their kicking game … But, they’re one of the better teams we’ll play this season.”