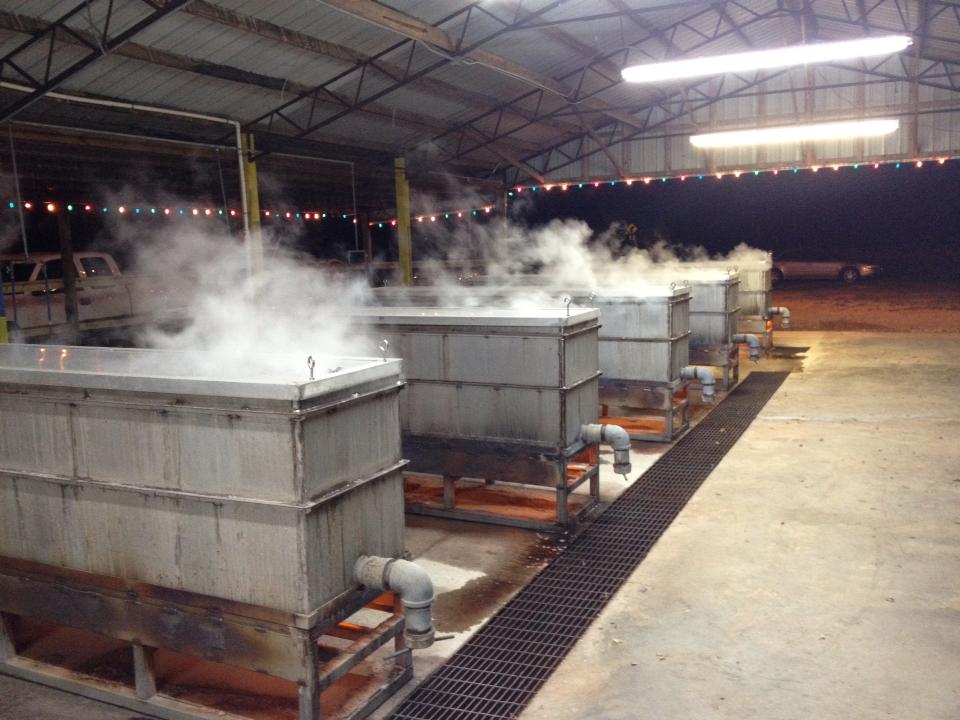 For the 44th year in a row, the Crenshaw County Alacazar Shrine Club will hold the “World’s Largest Peanut Boil.”

Andy Compton, president of the Shrine Club, said the fundraiser is a tradition that should not be missed.

“It’s a big deal in Crenshaw County,” he said.

Members will start the fires burning and boil the first batch of green peanuts Wednesday. Compton said 23 tons have been ordered. Another ton will be parched. Sales officially start Thursday, Aug. 28, and continue through Sept. 1 or until Shriners run out of peanuts. Prices are the same as last year, $4 for a small bag, $8 for a large one.

Once the last batch is boiled, members will take to the streets to sell what is left, said Compton. “It’s a collaborative effort between all of the members,” he added.

Hours of operation are from sunrise to around 10 p.m. “If the lights are on, stop by,” Compton said.

And don’t let any little old allergy get in the way of helping out the nonprofit. Compton said the peanuts freeze very well and make great presents. “Nobody hates peanuts.”