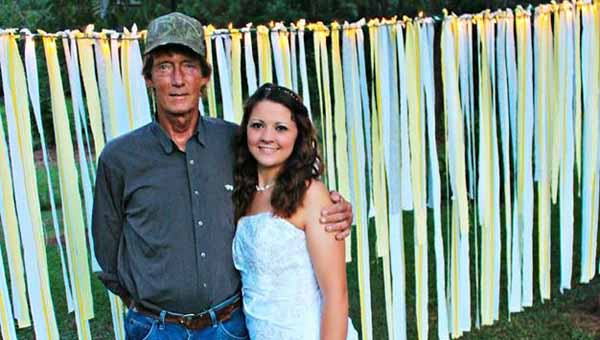 HIGHLAND HOME — Within a matter of days, Dyana Rodgers Heartsill accepted a wedding ring from one Heartsill and lost a kidney to another.

The newlywed donated the kidney to her new father-in-law.

The donation was scheduled long before the wedding. In fact, Dyana offered the kidney before she and her husband, Chad, ever met.

Dyana and Chad’s sister, Katrina Cobb, work together at BB&T Bank in Luverne and became close friends. She offered to be tested for the kidney transplant after learning that she and her new father-in-law were the same blood type, O-positive.

“Mr. James is a very kind person, always wanting to help people,” she said of her father-in-law. “He’d been sick a long time and I just think it was time that somebody help him.”

James Heartsill knew not to get his hopes up. Plenty of people had offered to donate a kidney to him. Once they were tested and it became a reality, they would back out of it.

Not Dyana. Once tests revealed she was a good match, he saw Dyana was willing to follow through. “He started to cry,” she said. “He was so relieved.”

Mr. James has been sick since 1996 and was on the decline. Chad said his father went from a hardworking foreman at REF Alabama in Greenville to a man on disability, with the will to work but not the strength. He recalled how his father used to cut firewood for those who could not do it themselves. Mr. James would leave bags of fruit on people’s doorsteps and helped anyone who asked him.

Chad was as relieved as his father that Dyana was willing to donate a kidney.

“It’s been a blessing,” he said. “There’s nothing we could ever do to thank her for what she’s done.”

Chad knew Dyana was a great person when he met her. He knew she was the one for him two weeks later, when he saw her with his two children.

“She took so well to them,” he said. “She’s obviously giving, not selfish at all. She’s also a family-type person. That’s one of the things I love about her.”

The couple got engaged while on a family vacation in St. Augustine, Fla. last June. They knew Mr. James would be unable to attend any wedding scheduled after the Aug. 6 procedure.

So, they planned an Aug. 2 wedding, something small at home in the front yard. “It turned out really well,” said Dyana. “We didn’t really get to do a honeymoon.”

Days later, the wedding party was on its way to the University of Alabama at Birmingham Hospital to prepare for the Wednesday procedure. Dyana’s family was scared for her, but also proud of her. Chad had it the worst, with two loved ones on the operating table at roughly the same time.

“They took my dad at 7 that morning and took her at 9:15,” he said. “She was nervous and scared and my dad was the same way, but he was kind of excited at the same time.”

Chad kissed his bride before she was wheeled away. By that time, nurses had given Dyana what they called “I don’t care” medicine.

“After they gave her that, she was good to go,” he said.

Chad and his family received periodic updates throughout the procedure, which was good because Dyana had only one question when she came out of surgery.

“The first thing she asked when she woke up was, ‘How is Mr. James?’” said Chad.

Both surgeries were successes and Dyana was able to return home last Friday. Mr. James will have a longer road to recovery. By Friday, he was already attempting to get out of bed. But, he will remain in town homes owned by the hospital for a couple more weeks to have access to his physicians. Doctors have granted him a furlough. He will return home this weekend for a couple of days.

After Mr. James’ doctors finished the transplant, they told the family he had the biggest kidneys they had ever seen. “They were the size of basketballs and were supposed to be the size of a fist,” said Chad.

The kidneys were covered with cysts.

Once Mr. James woke up from surgery, Chad said he could already see the difference in his father.

“He can see better, hear better, taste better, his eyes are white (they were yellow), his skin tone is better, not dark around his eyes,” he said.

Best of all, Mr. James was no longer in pain. 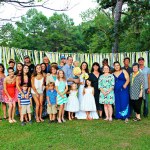 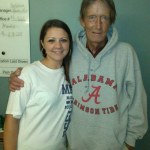 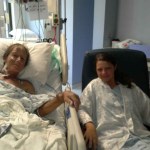 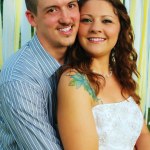