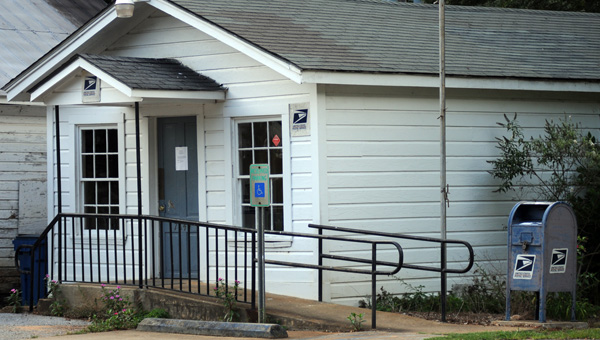 In a meeting held at Forest Home Baptist Church, a USPS representative informed the community of the decision to reduce the Forest Home Post Office’s operating hours as part of the USPS’s POST Plan. The proposed hours are from 8 a.m. to noon during the week. Saturday’s hours will remain unchanged. (Advocate Staff/Andy Brown)

Forest Home community members learned on Tuesday night that the United States Postal Service plans to reduce the hours of operation at the town’s post office from eight hours to four hours, Monday through Friday.

In a meeting held at Forest Home Baptist Church, a USPS representative informed the community of the decision to reduce the post office’s operating hours as part of the USPS’s POST Plan. The proposed hours are from 8 a.m. to noon during the week. Saturday’s hours will remain unchanged.

“This is a done deal,” said Ricky Long, the USPS representative who facilitated the meeting.

Long said the new hours will go into effect Sept. 30.

According to the USPS, the changes are part of a nationwide effort to trim operating costs.

The strategy was set in motion to compensate for $26 billion in losses nationwide and a 27 percent decline in post office visits from 2005 to 2011.

According to Long, of the more than 300 surveys that were issued, 96 surveys were returned and 92 percent selected a realignment of hours. 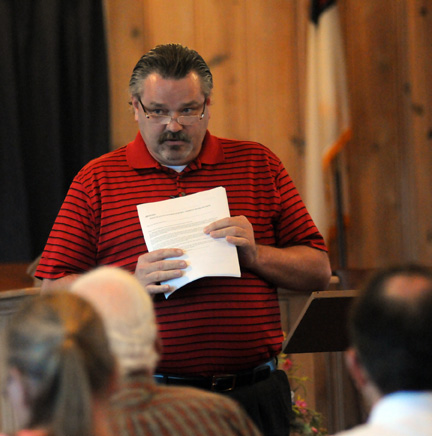 Many community members, like Chip DeShields, are concerned about the change and the impact it could have on the community.

“The post office building has been in my family — the DeShields family — for I don’t know how many years,” DeShields said. “…There is something to be said about a sense of place and a sense of community, and that post office has been the nucleus of this community for a lot of years. If it goes away, Forest Home as a community loses its heart.”

“This could be the first stage of actually shutting this post office down,” McWilliams said. “This is the centerpiece of this town — to the people who are out here. Someone needs to recognize that. It’s not all dollars and cents.  It’s about our small communities drying up. We know that no matter what happens in Forest Home, it’s not going to put a dent in the actual funding that comes down to the Postal Service, but if it were to stay — stay under the guidelines that it is — it would give these people some good feelings about their government dollars being worth it.”

Long agreed to share the group’s concerns with his superiors, but pointed out that the USPS is not funded by tax-payer dollars, but relies on the sale of postage, products and services to fund its operations.

“The Post Office is just like any other business,” he said. “It has to do things to survive.”