Cooke aims to help others

It was an ordinary day.

And then it wasn’t.

Like most days during the spring, Naareh Cooke had just completed softball practice at Georgiana School. But once she arrived home, things became anything but ordinary.

She learned that her grandmother had suffered a stroke. Cooke’s mother flew to New York to be with her mother and would call home with updates.

“When my mom called home, she told us about the occupational therapist that came to see my grandmother,” Cooke said. “I just loved how much the therapist cared and how much she helped increase the improvement of my grandmother.”

Cooke was so inspired she now intends to study occupational therapy at Troy University. 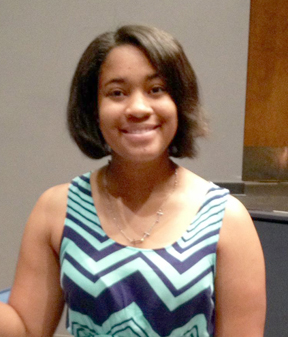 But before Cooke earns the title of occupational therapists, she hopes to earn the title of Butler County’s Distinguished Young Woman.

Cooke is one of eight high school seniors competing for the title.

This year’s competition will be held at 7 p.m. Aug. 9 at the Ritz Theatre.