The new kid in town 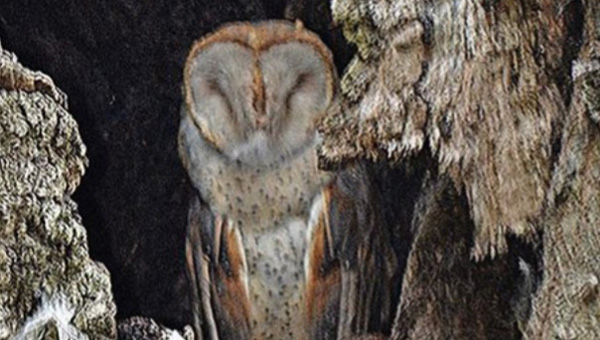 Residents on Hamilton Street have a new neighbor.

And the street’s newest resident is already creating quite a stir.

In February, a storm hit Greenville. The heavy winds broke off a limb from a tree in what is now David and Bess Nordgren’s yard.

When the previous owners of the house began to cut the tree down, they discovered an owl’s nest and eggs.

Last month, the eggs hatched, and the tree once destined for the fireplace is now home to a barn owl.

“As far as we know there is only one baby owl,” said David Nordgren.

Children have come from all over Greenville get a glimpse of the neighborhood’s newest resident.

“I grew up in the county and have never seen an owl in its natural habit until now,” said Hamilton Street resident Allen Stephenson. “It really is such a marvelous sight to see the owls living in the middle of a city.”

Bess Nordgren said the sight of the owl can be startling if one is not expecting it.

“It’s a bit frightening to see, if you don’t know the owls are there,” she said. “But after getting used to them, they are such beautiful creatures.”

The top of the tree and the branches have been completely removed, and the tree is slowly decaying from the bottom up. The Nordgrens said they intend to keep the tree in the yard until it is no longer safe.

“We would hate to take away the owl’s home, and we love being able to call it our owl,” said Bess Nordgren.

Hamilton Street isn’t the only place in the Camellia City that owls call home, however. According to Charles Kennedy, Alabama Wild Bird Conservation Association Founder and past president of the Alabama Ornithological Society, Commerce Street is home to many owls also.

FACTS YOU NEED TO KNOW