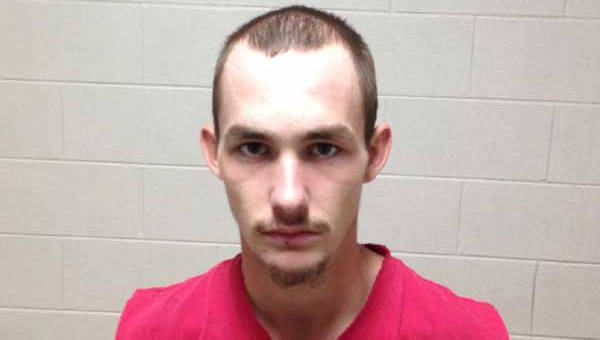 The man wanted in a Crenshaw County home invasion last week has been arrested, along with another man, following a high-speed chase in Tennessee.

Twenty-one-year-old Brandon Richards of Birmingham and Terrell Blunt have been arrested and charged with first-degree robbery and first-degree burglary and, according to Crenshaw County authorities, there could be more charges added.

Richard and Blunt were suspects in the home invasion and armed robbery of a Crenshaw County woman early last Wednesday morning.

A woman was home alone around 4 a.m. Wednesday when she heard people kicking the door down.

One man held her at gunpoint while the other ransacked her home, according to Crenshaw County investigators.

The thieves absconded with an amount of money estimated between $3,000 and $5,000 in cash, a handgun, a shotgun, a 32-inch television, jewelry, a purse and debit and credit cards, according to investigator Earl Thompson.

Richards and a female acquaintance, identified as Carolyn Hall, 21, of Berbena, Ala., were stopped by Brentwood police near McEwen Drive in the Cool Springs area.

During the stop, police learned that Richards was wanted for his alleged involvment in the home invasion and armed robbery.

Richards and Hall then fled from police at high speeds down I-65.

The Tennessee Highway Patrol deployed spike strips in Maury County, Tenn.  Hall was taken into custody when the car stopped, but Richards fled on foot into the nearby woods.

A THP helicopter was search from the air as other law enforcement officials were searching on the ground.

Maury County sheriff’s officials said that a white 1994 Chevrolet as stolen from a home on Bear Creek Pike, and Richards managed to escape.

According to WSMV-TV, Richards surrendered to U.S. marshals Monday morning.