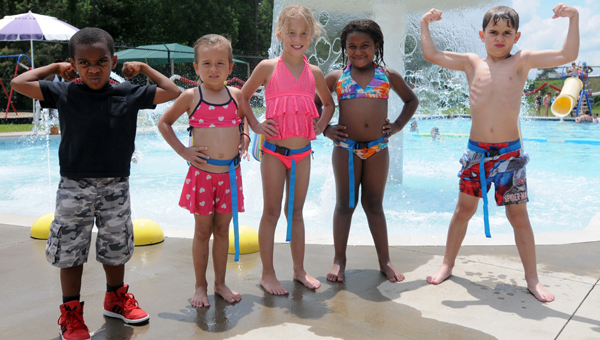 For nearly two decades Healthy Kids’ mission has remained the same — make a difference in the life of a child.

And while that remains the goal, Healthy Kids now has a new home, which will allow it to serve more children in the years to come.

The organization, which was formed in 1997, was previously housed on the campus of the Butler County Board of Education. But this summer, it made the move to the Greenville YMCA.

“We’ve really grown to love the YMCA and all of the space that we have here,” said Susan Nimmer, Healthy Kids child abuse and neglect prevention coordinator. “The YMCA is such a kid friendly environment with the pool and Watermelon Hill close by.”

The goal for Healthy Kids is to make the YMCA a place where all kids in Butler County have a fun and exciting place to learn and grow.

“We’ve had so much fun remodeling some of the rooms and hallways,” said Nimmer.

Healthy Kids also installed another set of doors just for the safety of the kids, and the City of Greenville has helped cover the cost of repainting the facility.

Healthy Kids is holding the First Steps Adventure Summer Camp this summer through Aug. 8. While the camp is underway, children ages 5-11 can still sign up. The First Steps Child Development Center is also accepting children between the ages of 6 weeks and 4 years old.