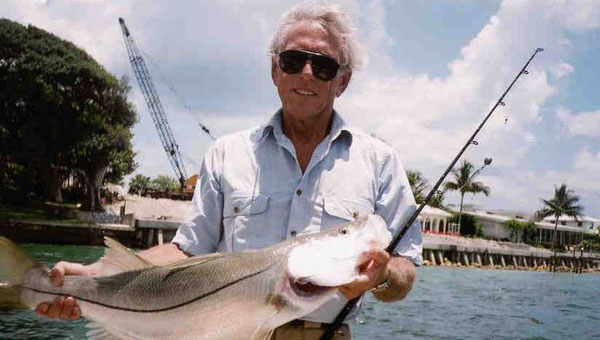 Established in 1995, this award is given annually to an individual or organization for singular accomplishments toward long-term contributions that advance aquatic resource conservation at a national and international level.

Taylor will receive the award during the annual AFS meeting in Quebec City in August.

He has studied marine fisheries for Florida for 35 years. He is the lead scientist for snook research in Florida and is noted worldwide as an authority on this sport fish. Much of what is known about this fish’s life history, behavior and ecology can be attributed directly to Taylor, who is known as the foremost scientific expert on common snook.

The Greenville native works on the biology and management of snook and other sport fish, not only in the United States but also with international colleagues in Mexico, Costa Rica, Brazil, Cuba, and Australia.

He was also cited for his contributions to the biology of other species as well, including king mackerel, black drum, red drum, swordfish, and spotted seatrout.

Taylor`s work to understanding ways to monitor and measure recreational fishing effort has contributed significantly to successful fisheries management, according to North Carolina State University’s John Boreman, who is chair of the AFS Past Presidents Advisory Council.

In 2012,Taylor received the Louise Ireland Humphrey Achievement Award given by the Wildlife Foundation of Florida to an FWC employee whose dedication and service have made outstanding contributions to the conservation of Florida’s fish and wildlife.

“Ron has dedicated his life to the study of marine fisheries in Florida, and snook in particular,” said Gil McRae, director of the FWC’s Fish and Wildlife Research Institute. “His knowledge, passion and commitment to a team-based approach make him a major asset to the agency and well-deserving of this recognition.”

Taylor graduated from Greenville High School in 1960 and is a graduate of Auburn University. He is the son of the late Mr. and Mrs. R.L. Taylor of Greenville.