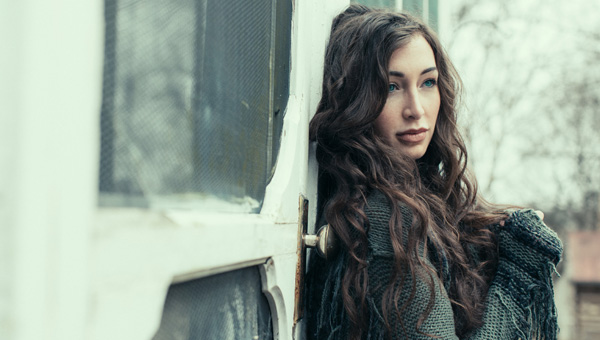 But it wasn’t until recently that she came to know Hank Williams, Sr. — some 60 years after his death.

“I’ve become good friends with Terry Faust, who tends to Hank’s grave,” Knight said. “I always knew about Hank, but it wasn’t until recently that I really got to know him. Terry took me on a tour of the museum (in Montgomery) and told me all of these great stories about Hank and his music, and that’s when I started to feel like I really knew him — like I knew a little piece of his soul. It’s almost like we’ve become old friends through his music and the stories Terry shared with me.”

Knight will pay tribute to her friend Hank on Friday night when she performs at the 35th annual Hank Williams Festival in Georgiana.

“When they asked me to play I was super excited,” Knight said. “I’m so honored and thrilled to be able to pay tribute to Hank Williams, Sr. I love Hank. He’s the first country music superstar and one of the greatest songwriters of all time.”

Knight says her debut album, “A Southern Heart,” was influenced by Williams’ music.

“I think he’s influenced everyone in country music,” she said. “The stories that he told in his songs are still relevant today. That means he spoke from his heart, and that’s always relevant.”

The Prattville native, who left Auburn University after two years and opted to enroll in online classes at Troy University in order to chase her dream of being a country music star, said that while the road hasn’t always been easy, she feels led to perform.

“I’ve always dreamed of singing,” she said. “Growing up I loved sports and I loved singing. When I got to college, I wasn’t affiliated with music or sports. Then I felt this tug at my heart. I’m a very spiritual person, and I felt like the Lord was speaking to me. I felt like he told me, “Donica, you’re an entertainer. That’s what I made you to be. Go figure it out. That’s the gift I’ve given you. You need to go share it.’”

So Knight became the lead singer of the cover band Lucky Town and began touring around Alabama, Georgia, Florida and Mississippi playing at college parties, weddings and anywhere else she could get on stage.

In 2011, Knight decided it was time to begin playing original music, so she started making regular trips to Nashville, knocking on doors and searching for a record deal. Her debut album was released in 2012.

“It’s been tough at times,” she said. “A lot of people think that being an entertainer is always rosy and that being on stage is glamorous. It’s not all it appears to be.

“Well, maybe the being on stage is pretty glamorous,” Knight joked. “But it’s also a lot of a hard work. It’s not an easy thing to do, but I love it. I’m doing exactly what I feel called to do, and I think that’s really important.”

Knight will join Brad Magness, Gene Watson, Mary McDonald, Jett Williams and a number of other artists at the annual festival in Georgiana.

Tickets for Friday are $15, while tickets for Saturday are $25.