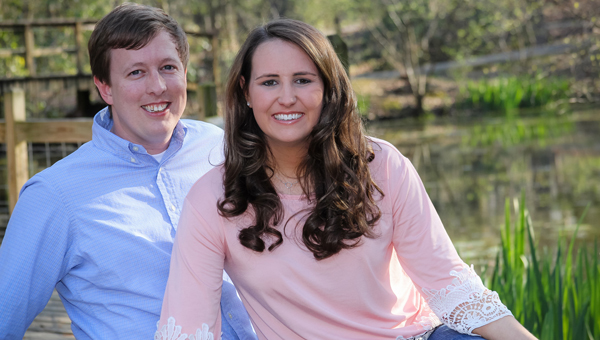 Mr. and Mrs. Julius Michael Brown of Beatrice are pleased to announce the engagement and forthcoming marriage of their daughter, Kristen Elizabeth Brown, to William Robert Sutton, both of Montgomery. Sutton is the son of Howard Goodloe Sutton, Sr., and the late Jean Elizabeth Rodgers Sutton of Linden.

The bride-elect is the granddaughter of the late Mr. and Mrs. Ziba D. Anderson of Pine Apple and the late Mr. and Mrs. Julius Steven Brown of Beatrice. She is a graduate of Monroe Academy and received her degree in medical technology from Auburn University. She was a member of the Pi Beta Phi sorority and Lambda Tau. She is employed with Prattville Baptist Hospital as a lab technician.

The prospective groom is the grandson of the late Mr. and Mrs. William Calhoun Rodgers of Jackson, Miss., and the late Mr. and Mrs. Robert Edmund Sutton, Sr., of Linden. He is a graduate of Marengo Academy and received a Bachelor of Arts degree in political science from Auburn University. He graduated from Thomas Goode Jones School of Law of Faulkner University and received his Juris Doctor degree. He is employed as an attorney with the Alabama Secretary of State.

The wedding is planned for July 26 at 6:30 p.m. at the Auburn First Baptist Church in Auburn.

Invitations are being sent.