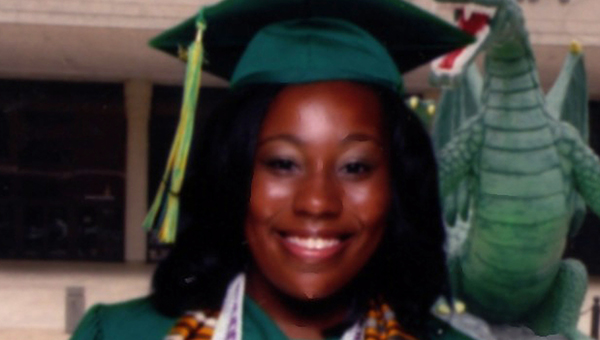 Shameka Rodgers was the undergraduate speaker at UAB’s commencement April 26 at Bartow Arena.

Rodgers graduated with a bachelor’s degree in nursing. She was a member of the Experiential Learning Scholars Program and the UAB School of Nursing Honors Program.

Rodgers plans to attend the UAB Graduate School of Nursing with plans to become a family nurse practitioner. While attending graduate school she will be working at the UAB Women and Infant’s Center in the gynecology/oncology nursing unit.