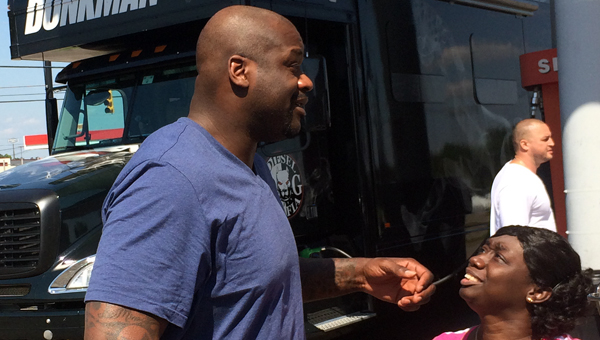 The Camellia City had a rather large visitor on Saturday — in stature and reputation.

Shaquille O’Neal, a 15-time NBA All-Star, gassed up his bus at the Texaco on Fort Dale Road. O’Neal was the No. 1 pick in the 1992 NBA Draft and went on to win Rookie of the Year. He also helped the Los Angeles Lakers win three straight NBA Championships from 2000-2002. He won a fourth championship with the Miami Heat in 2006.