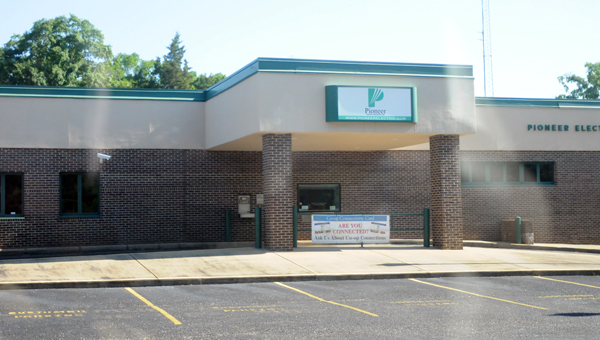 Pioneer Electric Cooperative, Inc. released a statement Wednesday saying it had no intentions to increase rates in the immediate future.

In an effort to quash recent rumors, Pioneer Electric Cooperative, Inc. released a statement last week saying it had no intentions to increase rates in the immediate future.

“I am frequently asked about possible rate increases,” said Executive Vice President and General Manager Terry Moseley. “Pioneer is continuously being forced to meet more and more unnecessary rules and regulations by the federal government and the Environmental Protection Agency. We also have to balance these strict regulations alongside the rising worldwide demand for electric utility materials and operational cost, as well as other factors that drive up the cost of producing power.”

Moseley said that despite recent increases in Pioneer Electric’s wholesale power costs, the cooperative has not raised rates. Pioneer Electric has been able to keep rates at the current level by cutting costs where possible in the past two years.

“ Members can help by increasing appliance efficiency ratings, promoting cooperative membership and voicing concerns about the rising costs of power production to the legislators of our country,” Moseley said. “There is power in numbers and there are over 42,000,000 cooperative members throughout the country.”

The largest areas the company serves are Dallas, Wilcox, Lowndes and Butler counties. From those counties, the company has a combined total of 15,344 meters.

The last time Pioneer Electric changed their rates was nearly five years ago in January 2010. The company raised its rates for the access charge each member pays monthly. The raise changed the amount from $30 to $34.