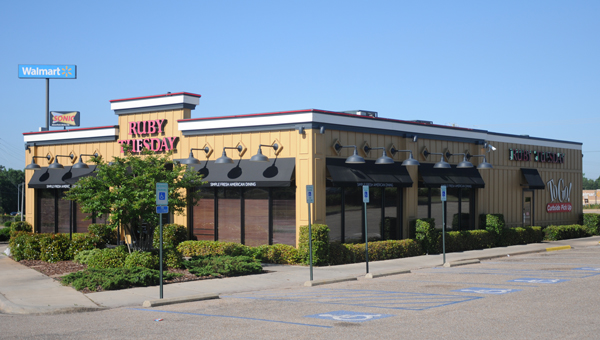 Greenville Police have arrested an assistant manger in connection with a robbery at the restaurant. (Advocate Staff/Andy Brown)

Greenville police say the robbery of a local restaurant last weekend was an inside job and they have arrested a suspect in the case.

Police received a call at approximately 8 a.m. Saturday morning about a break-in at Ruby Tuesday.

When officers arrived on the scene, they found the rear door to the restaurant ajar and the window to the office broken out. The wires to the safe had also been cut, the safe door was open and $4,000 was missing.

“Sgt. (Kenneth) Hadley was called to the scene to investigate,” Lt. Justin Lovvorn said. “He was able to collect evidence and conduct interviews of the staff that were on the scene and developed some inconsistencies in the way the burglary had occurred. We contacted the district manager for Ruby Tuesday and informed them that our investigation showed evidence of an inside job.”

“They knew that if one of them did it, that it was just a matter of a day or two and we would be able to prove it,” Lovvorn said. “Sgt. Hadley conducted an interview with Tiffany Stanton and she confessed that she had staged the burglary the night before and stolen the money out of the safe.”

Authorities were able to recover all but $100 of the stolen money.

Stanton has been charged with theft of property, first degree, and criminal mischief, third degree.