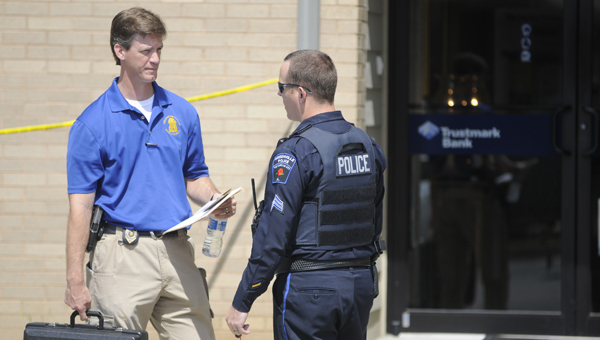 The Greenville Police Department is searching for a man who robbed Trustmark Bank on the Greenville Bypass Thursday afternoon.

Witnesses told police the man entered the bank around 1:30 p.m. and passed a note to a teller demanding cash. The teller placed an unknown amount of cash into a bag and the suspect fled on foot.

According to authorities they are searching for a black man that is approximately 5-foot-10 to 6-foot-3 and weighs approximately 250 to 300 pounds. At the time of the robbery he was wearing a black t-shirt and a black baseball cap. 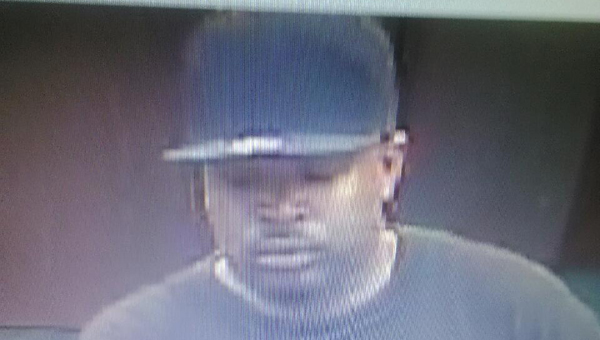 Authorities are searching for this man after he robbed Trustmark Bank on Thursday. (Courtesy Photo)

It is unknown if the suspect was armed.

“The teller never saw a gun, but she said he positioned himself in a threatening manner, and that it looked like he could have had a weapon,” Lt. Justin Lovvorn said.

Authorities are collecting surveillance video from the bank, as well as surrounding businesses.

“We’re attempting to locate a vehicle description by checking other cameras in the area,” Lovvorn said. “We don’t believe the subject is from the area.”

The FBI is assisting the GPD with the investigation.