Benedict to perform at SBC 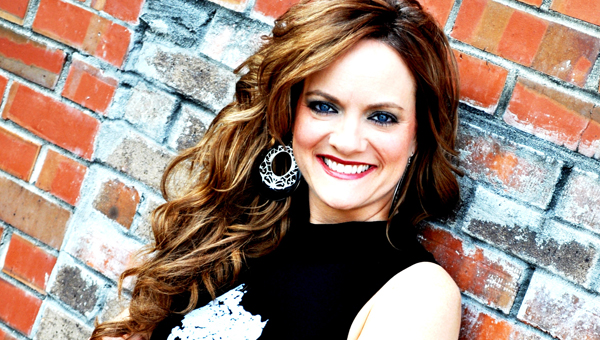 On Sunday, Lindsey Benedict will join Denver Bierman in concert at Greenville’s Southside Baptist Church. The concert will begin at 5 p.m. There is no admission charge, but a love offering will be taken. (Courtesy Photo)

The Greenville native grew up surrounded by music.

Her father, Charles Kennedy, has for a number of years served as choir director at St. Thomas Episcopal Church. He also taught private guitar lessons in his home studio and currently teaches music appreciation at LBW Community College.

Her mother, Margie Kennedy, is a member of the choir at First Baptist Church and also plays the piano.

“I come from a family of musicians, so I was singing in church choirs from a young age,” Benedict said. “When I was a kid we had a family orchestra at Christmastime. I played the jingle bells. We also had a family quartet. Daddy sang bass, Mama sang tenor, my sister sang alto and I sang soprano.”

Along with being a familiar voice in church choirs, the Greenville native studied piano under the direction of Rhonda Bentley for seven years. After graduating high school, she moved on to Auburn University where she served as the worship leader at the Baptist Campus Ministries.

“That really got me into worship music and playing an improvisational style on the piano,” she said.

It also set Benedict, who now lives in Nashville, Tenn., on a path that led to her meeting Denver Bierman, of Denver and the Mile High Orchestra.

“I serve on the board for the Experience Conference, a worship conference that takes place at Disney’s Contemporary Resort annually in September,” Benedict said. “A friend of mine that also serves on the board introduced me to Denver and he suggested that we perform together sometime.”

On Sunday, Benedict will join Bierman in concert at Greenville’s Southside Baptist Church.

Benedict, who in 2010 beat out 86 other performers to win the Tallahassee X-Factor competition, will sing two songs off Bierman’s album, “Groovy” — a children’s album that received Dove Award in 2012 for Best Children’s Album of the year.

Benedict said the concert promises to be “fun and entertaining for the whole family.”

“Denver Bierman brings a familiar yet fresh concert experience to hymns and contemporary Christian music,” she said. He is an amazing vocalist, trumpet player, songwriter, performer and worship leader.”

The concert will begin at 5 p.m. at Southside Baptist Church, which is located at 211 King St. in Greenville.

There is no admission charge, but a love offering will be taken.