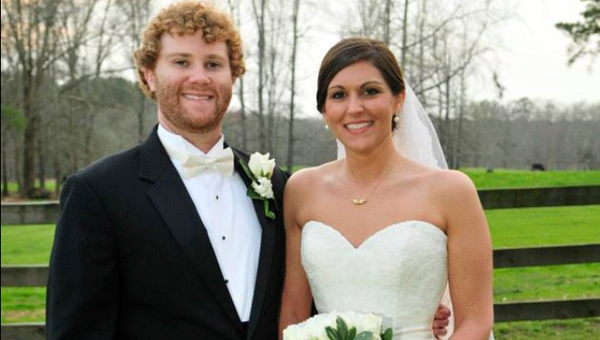 Haley Stinson, of Georgiana, and John Louis Golson, of Fort Deposit, were united in marriage March 22 at First Baptist Church of Georgiana.

The groom’s parents are Mr. and Mrs. Henry Golson of Fort Deposit.

Sara Pope was the flower girl.

The reception was held at the home of the bride’s parents.