Putting on the Ritz opens tonight 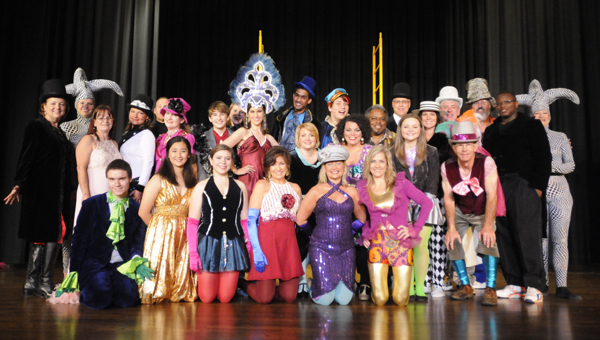 Opening night of Putting on the Ritz is scheduled for tonight at the Ritz Theatre in downtown Greenville. There will also be shows on Friday and Saturday nights. Shows will begin each night at 7:30. (Advocate Staff/Jonathan Bryant)

The curtain will rise on the Greenville Area Arts Council’s annual Putting on the Ritz tonight.

This year’s show, “The Magic of the Seventies,” is themed around the music of the 1970s.

The songs of the era, such as “Fortunate Son,” “Spirit in the Sky,” “YMCA,” “Car Wash,” and “I Will Survive,” will be brought to the well-worn boards of the historic Ritz Theatre’s stage by the Ritz Players.

Shannon Hartley is a first-time member of the cast, but has attended many of the previous shows, which she said highlight the talent present in the community.

“I enjoy going to ‘Putting on the Ritz,’ and in the past the cast has made it look so fun,” she said. “I loved seeing it so much, and that’s why I decided to try it this year. We are blessed in Greenville to have those who commit to this to give us all a chance to experience the arts. This is such an awesome avenue for all of us to be given a chance to get exposed to hometown entertainment.”

And no show about the 1970s would be complete without a little Disco dancing.

Sonya Rice, who serves as choreographer for Putting on the Ritz, said the 1970s era dances are some of her favorites.

As a “child of the 1970s” Rice had no problem creating the dance numbers for this year’s show.

Opening night of Putting on the Ritz is scheduled for tonight at the Ritz Theatre in downtown Greenville. There will also be shows on Friday and Saturday nights. Shows will begin each night at 7:30.
Tickets are available at The Pineapple, McFerrin’s Jewelry and The Medicine Shoppe. The cost is $20 for adults and $15 for students.