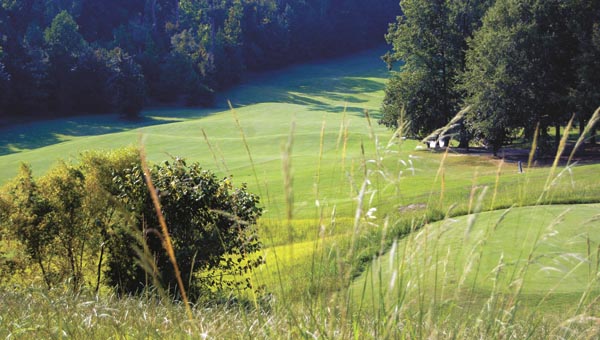 Dr. Mark Fagan, department head emeritus at Jacksonville State University, recently took a 10,000-foot view of Cambrian Ridge’s significance to Greenville’s growth in an article published in the April edition of the Advisor, a newsletter that comes courtesy of the Retirement Systems of Alabama. (File Photo)

Cambrian Ridge has long been a jewel in the crown of the Camellia City, but one study shows just how large of an economic impact the golf course has had since its inception.

Dr. Mark Fagan, department head emeritus at Jacksonville State University, recently took a 10,000-foot view of the golf course’s significance to Greenville’s growth in an article published in the April edition of the Advisor, a newsletter that comes courtesy of the Retirement Systems of Alabama.

Fagan tracked data from the Alabama Tourism Department concerning tourism-related spending—including money spent on eating, drinking, transportation, lodging and related retail—in Butler County from the early 1990s in comparison with 2011, and the results show a consistent upward trend in virtually every area.

“Next to the interstate, it’s probably made more of an economic impact than anything I know of in Butler County,” McLendon said.

“You can look at the studies they’ve done and see how many more hotels we’ve got, and I really believe it was the start of Greenville moving into the right direction.  It’s hard to put a number on it.”

Growth in local state taxes from tourism spending, state lodging taxes and more were all factors in commercial growth, as well as the increased tourism spending at Exit 130 on I-65.

McLendon added that Cambrian Ridge might’ve set off a domino effect for other big businesses to pour into the city, including both Hysco and Hwashin.

“The golf course had a lot to do with being able to entice them to come to our town,” McLendon added.

Greenville’s placement on the Robert Trent Jones Golf Trail has had a cascading effect on other facets of the county’s economy, according to U.S. Census Data that Fagan gathered.

The total number of residents employed in arts, recreation, entertainment, accommodations, finance, insurance and real estate has increased since 2000.

So has the number of housing units, the median value for housing and the average total for household earnings.

According to McLendon, the indirect impact makes Greenville one of the most unique stops on the entire trail.

“They talk about us being part of the trail because we’re the smallest town to have the Robert Trent Jones Trail, and I’m real proud of that,” McLendon said.

“Every city in the state of Alabama would like to have one of these, but we got one.  It’s just a diamond in the rough, and it’s a great thing for all of us.”