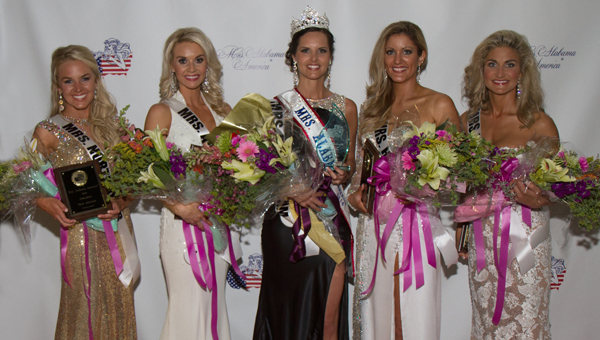 Jamie Nutter of Birmingham was crowned Mrs. Alabama America 2014 on Saturday night in Indian Spring, Ala.

The pageant was held at the Indian Springs Town Hall Theater.

Nutter, a native of Brantley, competed with married women from across the state of Alabama in interview, swimsuit and evening gown competitions for the title.

She currently serves as a Hoover Instructional Technology Specialist in the Hoover City Schools.

She is married to Brock Nutter and they are the proud parents of Mitchell, Kaylynn and North.

As one of her prizes, Nutter will receive an expense paid trip to represent Alabama in the Mrs. America Competition, which will be held from Aug. 23 through Aug. 29 at the Loews Ventana Canyon Resort in Tucson, Ariz.

The winner will have the opportunity to compete in the Mrs. World Pageant.