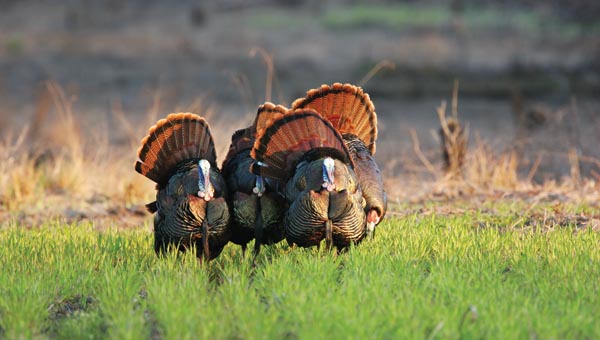 This year’s contest also offers the chance to send in a favorite recipe for turning that prized wild turkey kill into a delicious meal. And not only will participants get to show off their big birds and recipes on ALBBAA’s Facebook page, they also will get the opportunity to win a $100 gift certificate from Bass Pro Shops.

To enter the photo contest, hunters should email pictures to Amanda Ingram at amandaingram@alabamablackbeltadventures.com. The photos can also be sent via text. Ingram’s number is 334-300-6616. There will be children and adult categories. With each entry be sure to include name, age, hometown and the county in which the bird was harvested.

Wild Turkey Recipe contest entrants should also email or text their recipes to Ingram. Photos of your turkey dish are helpful but optional. Be sure to list any trimmings and side dishes. The recipes could be included in a later cookbook featuring favorite Black Belt dishes.

Entries in both contests will be posted on the Alabama Black Belt Adventures Association’s Facebook page, and the number of likes will determine winners.