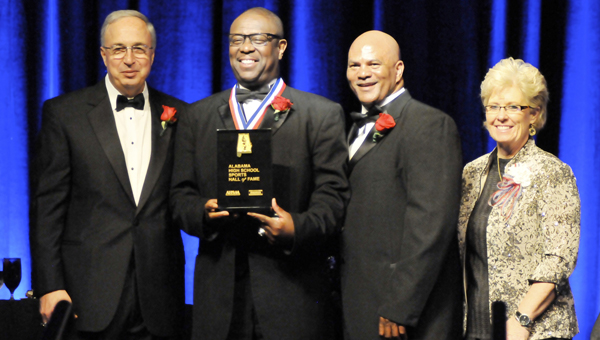 “I can say that my journey to getting into basketball is plain and simple,” Stallworth said. “In Beatrice, Ala., that’s all everybody ever had. It was you play ball or you didn’t.”

Stallworth described his journey into coaching.

“I knew I didn’t want to teach because I was hard to be taught,” he said. “So, I ended up in recreation. In recreation, you get a lot of basketball and a lot of ethics. A lot of them are simple rejects from high school. Then, I started the venting process. If I can get these kids here to love this game and discipline them, then maybe I can teach. My thought process kind of revisited me a little bit. So, I ended up in my first actual high school job coaching girls. I found out real quick that this might not work.”

Then Stallworth wound up at Brantley.

“(I) got another shot at it, and I went to more of a teaching process,” he said. “The smallest part of my check was coaching, so then I started to understand that it’s for teaching purposes. I grew from that point.”

Stallworth said the majority of administrators these days are former coaches.

“So, we’re talking about discipline. You’re talking character building and punctuality. Those type things are things that build and mold student athletes to be better people,” he said.

At J.F. Shields, he played alongside NBA star John Drew.

He began his coaching career at Lomax-Hannon Community College in Greenville.

He also served as assistant principal and principal at Brantley and worked at the Central Office within the Crenshaw County School system.