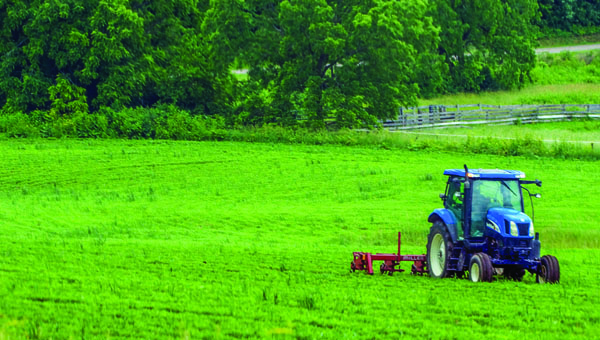 The U.S. Senate passed a long-awaited Farm Bill Tuesday that includes nearly $100 billion per year in expenditures. The measure now heads to President Barrack Obama, who is expected to sign the bill.

After several years of setbacks, the U.S. Senate passed a long-awaited Farm Bill Tuesday that includes nearly $100 billion per year in expenditures.

The Senate passed the bill 68-32 after U.S. House passage last week. The bill provides a financial cushion for farmers who face unpredictable weather and market conditions. It also provides subsidies for rural communities and environmentally-sensitive land. But the bulk of its cost is for the food stamp program, which aids 1 in 7 Americans. The bill would cut food stamps by $800 million a year, or around 1 percent.

Partisan disagreements stalled the bill for more than two years, but conservatives were eventually outnumbered as the Democratic Senate, the White House and a still-powerful bipartisan coalition of farm-state lawmakers pushed to get the bill done.

The measure now heads to President Barrack Obama, who is expected to sign the bill.

U.S. Sen. Jeff Sessions (R-Ala.) voted against the measure’s passage and said Congress should be careful about spending money.

“Many senators and independent analysts think these new programs will cost even more than [the Congressional Budget Office] is currently projecting,” Sessions said prior to the measure’s passage. “This legislation is far from perfect and we will see how we proceed with the agriculture bill. We need to do the right thing for agriculture.”

U.S. Rep. Terri Sewell also voted in favor of the measure. In a statement released following the measure’s passage in the U.S. House, Sewell said the farm bill meets the needs of both farmers and individuals who rely on the Supplemental Nutrition Assistance Program, commonly called food stamps.

“While I am disappointed that this legislation doesn’t invest new resources in the Supplemental Nutrition Insurance Program, I voted for this bill because it strikes a compromise that provides a five-year agreement that gives our farmers and consumers the certainty they deserve,” Sewell’s statement said. “While not a perfect bill, it does represent a compromise that broadens access to irrigation, promotes our catfish industry and strengthens rural infrastructure.”

“The farm bill is good news for Alabama agriculture and American taxpayers,” said Parnell. “Since 2012, farmers operated under temporary farm policy with no assurance of what programs would be available in the future for conservation, crop insurance or weather and market disasters. Today’s vote clears the way for the president to sign a farm bill that cuts spending while revamping farm programs.”