Locals making the most of snow 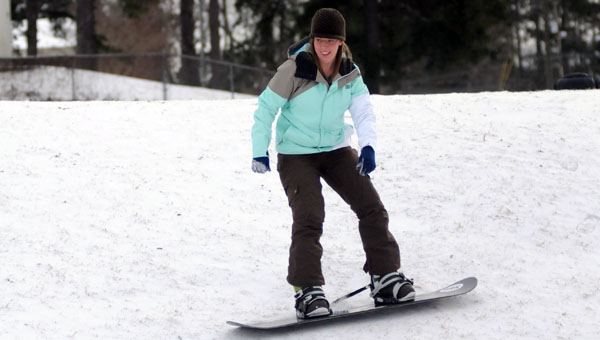 Jennifer Brown snowboards down a hill near her home in Greenville. (Advocate Staff/Andy Brown)

A winter storm has blanketed Butler County with snow.

And while it has made many of the roads impassable, forcing schools and businesses to shut down, many Butler County residents are making the best of the situation by making snowmen, snow angels, sledding, and even snowboarding.

For many youngsters, it’s their first experience with snow.

Abbie Ballew said her oldest children, Bryant and Julia, could hardly wait to get out and play in the snow.

“Bryant and Julia both ran into our room around 6 a.m. yesterday asking if it was snowing yet,” she said. “I think I got that question a million times yesterday! Julia couldn’t take it anymore. By about noon she bundled and played in the ice. She loved it! Squeals and giggles. When the snow finally came she and Bryant both were little kids in a candy store.” 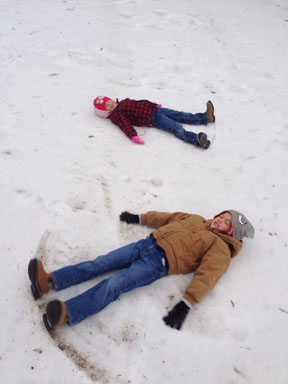 The forecast for Wednesday does not call for snow, but with temperatures expecting to remain near or below freezing for most of the day, the snow that has already fallen will likely remain until Thursday.

County and city officials are urging citizens to stay off the roads unless absolutely necessary.

“I know we don’t get this stuff a lot, and it’s real pretty and everyone wants to go see it, but I’d really ask that folks not do that,” McLendon said. “We’d just ask that everyone would stay off the roads if they can.”