Teen ‘not sleeping’ on dream 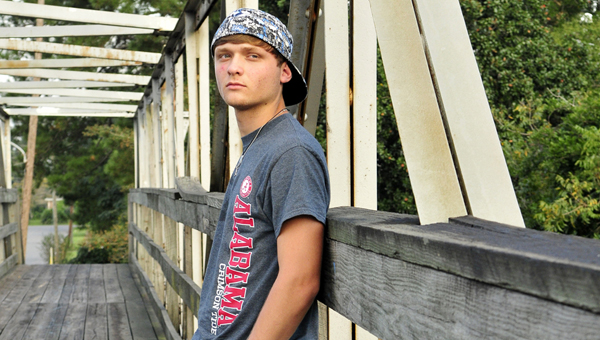 In a sea of imitating artists, budding McKenzie musician Roscoe Jake “AreJay” Moorhead doesn’t want to be like anyone else.

Instead, he’s hoping that people want to be like him.

“I want to become someone that people can look up to — someone who can inspire kids just like me who have been through struggles,” Moorhead said.

The 18-year-old hip-hop artist has always had an interest in music, but it wasn’t until recently that he began to take the prospect of actually making it himself seriously.

And though he isn’t sure what served as the inspiration for that decision, it’s one he’s happy he made regardless.

“I started with music when I was about 14,” Moorhead said.

“I’ve always enjoyed writing, and it’s something that has always made me happy.  I’m not sure why I started making music, really.  I just started one day and I’ve been hooked ever since.”

But for Moorhead, making music is about for others as much as it is for himself.

“I want kids to be able to listen to me and feel as if there is hope, because there is,” he added.

“No matter what you’ve been through, if you work to become more, God willing, you can be anything you want to be.  I want to become the man that people believe I can’t — to go places nobody thought I could go.”

Moorhead doesn’t feel like his inspirational messages are limited at all by the fact that he’s from a small town, though he admits that the process of getting his music out is an ongoing one that takes a lot of work.

Fortunately, his supporting cast of friends and family, as well as God, has been enough to get him through it all.

That, and the act of performing onstage.

“There is no other feeling like it,” Moorhead said.

“The adrenaline rush — the feeling of people listening to every word you say — it’s euphoric.”

Moorhead balances music with schoolwork, a job at local chicken houses and high school baseball for the McKenzie Tigers.

And despite the inherent challenges of the juggling act, one who isn’t willing to work can’t expect results.

That belief and more are the guiding principles behind Moorhead’s latest project, “Dreaming Awake.”

“There is no time to sleep on a dream, and the moment you stop to rest is a moment you’ll never get back,” Moorhead said.

“And I refuse to look back and wish I would’ve tried harder.  That being said, I will continue giving my all to reach my goal.  After all, you never know how deep the water is until you dive in headfirst.”

“Dreaming Awake,” a collaboration between Moorhead and his producer, Chason Dreamz, will be done soon.

In the meantime, Moorhead’s discography of uploaded songs can be heard here.