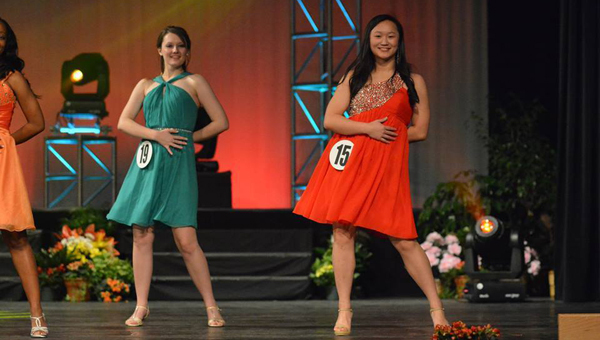 Ralph Waldo Emerson wrote, “Life is a journey, not a destination.”

Fort Dale Academy senior Sierra Teate learned that the same could be said for the Distinguished Young Women competition.

“I learned that the program is not about winning or losing,” Teate said. “Every single girl competing in the program was so talented and deserving. It was more of a learning experience than a competition.”

While Teate said it is hard to pick just one highlight from the week she spent at the competition, she said one of the more memorable experiences was meeting America’s Distinguished Young Woman Nicole Renard.

“I experienced so many wonderful moments during the week I spent in Montgomery,” she said. “Honestly, I could not pick just one special highlight. However, one of the many would have been meeting Nicole Renard, America’s Distinguished Young Woman of 2013. She spent time telling us about her journey through the program, and it was amazing listening to her story.”

Teate, who won the talent, self-expression and interview portions of the local competition, said he would encourage others to participate in the program.

“To younger girls that are considering competing, please go for it,” she said. “It is challenging beyond belief, but you will never develop as a person if you do not push yourself. Also, if you decide to participate, put your all into it. It really can help you become your ‘best self.’”