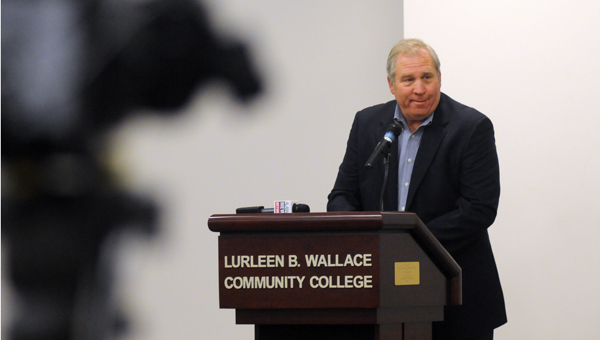 Ozark Materials announced on Monday that it will make an additional $2 million investment at its Greenville facility.

The company, which first announced in May that it would locate a facility in the former WestPoint Home facility, will produce thermoplastic.

In May, Lee Gross, president of Ozark Materials, said the company planned to make an investment of $3 million and hire 40 people. Gross said he now expects to hire approximately 80 people once the plant is fully operational.

“We thought we’d be in the 30 to 40 range, but we now know we’re going to have more jobs,” Gross said Monday. “The market has caused things to go faster than we expected, and we’re now looking at creating 75 to 80 jobs.”

Gross said he expects to hire the first 30 to 40 workers by mid-February with the additional employees expected to be hired in the fall.

“I knew last year when we started talking that this was a company that knew what it was doing,” Greenville Mayor Dexter McLendon said. “This is a solid company that will continue to grow.”

McLendon also praised the Butler County Commission for its role in helping bring Ozark Materials to the Camellia City.

In February of 2013, the City of Greenville purchased the 300,000 square-foot building, which was once home to Rheem Manufacturing and WestPoint Home, for $750,000. The Butler County Commission contributed $50,000 to help purchase the building in an effort to spur job creation in the area.

Butler County Commission Chairman Frank Hickman said the decision to help purchase the building was an easy one.

“We’re always willing to be part of something if jobs are involved,” Hickman said. “Jobs are what are important to people here in Butler County.”

Gross said he expects the plant to open in mid-February, and to be fully operational by the fall.