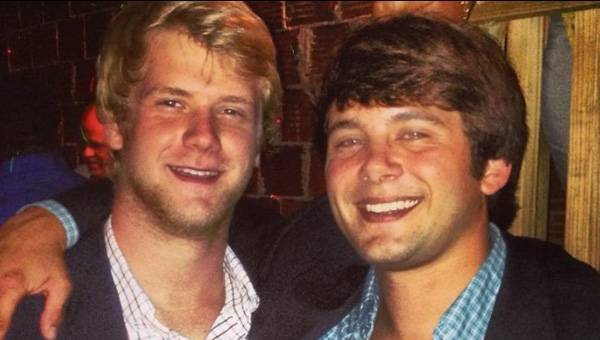 For Greenville native and Fort Dale Academy graduate Brandon Matthews studying for an average college test in biology turned into a brainstorming session that put the wheels in motion to start the trendy new clothing line, Dixie Drift.

Matthews, a 2012 graduate of FDA and a current sophomore at Troy University, has always known that he would eventually own and operate his own business.

“I’ve always known that I wanted to be in business for myself, come up with ideas that would be successful and that other people would like,” said Matthews.  “I just wasn’t sure what type of business it would be until last year when I was sitting around with some of my fraternity brothers studying for a biology exam.  My fraternity brother, Parker Malone, and I, started talking about owning our own business, and that turned into a brainstorming session of figuring out what types of businesses were booming right now, and what they were doing to be successful. Parker and I are both laid back southern guys so the idea of starting a southern gentleman’s clothing company was the perfect fit.

Malone, a native of Santa Rosa Beach, Fla., said that being from the south really does fit perfectly with the name of the company.

“We tossed around several ideas for names and ultimately settled on what we know best, which is being from the south,” said Malone.  “Brandon and I met for the first time last fall while we pledged together in the same fraternity.  We connected immediately as friends and our ideas work well together as business partners.  It took a lot of work initially designing sample shirts, promoting the product on social media, and spreading the word to our friends and family.  People quickly started to like what we were doing, so now we’re moving forward.”

Dixie Drift Clothing Company officially launched in October of 2013 with the initial T-shirt design, which features a steamboat.  The business duo has recently had the T-shirt line introduced to the retail world by being picked up and carried in one of Greenville’s newest downtown retail establishments, Southern Mint Boutique.

According to Chae Brown, owner of Southern Mint Boutique, the store introduced the T-shirt selection the first week of January and has already sold several of them.

“I was excited to carry the Dixie Drift line in our store,” said Brown.  “We are a fairly new business, they are a new business, and we’re happy to have an opportunity to support them.  The Dixie Drift concept is good and it’s a trend that is popular right now.  Brandon is a hometown guy that grew up in Greenville and we want to support his company and help the line grow and get bigger.”

“I was extremely excited that Southern Mint Boutique was the first retailer to pick up our line, and that they were willing to help us launch and promote the product,” Malone said.

According to Matthews the T-shirt is just the beginning of what is to come for Dixie Drift Co.

“ We plan to launch new themes and designs on the T-shirts, and eventually add items such as hats and custom koozies,” he said. “We also have future presentations scheduled with retail establishments that are prospects to carry the Dixie Drift Co. line.  This venture has been a lot of fun, we are gaining a lot of experience and wisdom, and we hope that it will be a huge success.  We’ve had help along the way from friends and family members and certainly are appreciative for the ideas, suggestions, and feedback gained along the way.”

Dixie Drift Clothing Company can be found on Facebook or reached by email at dixiedriftclothing@hotmail.com.