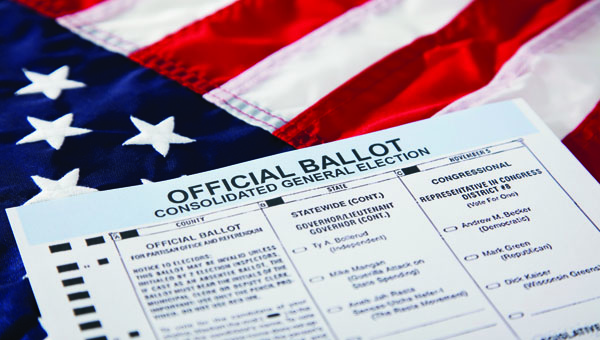 The Butler County Republican Party has announced that it will open qualifying for the 2014 elections on Monday. (Metro Creative Services)

The Butler County Republican Party has announced that it will open qualifying for the 2014 elections on Monday.

“I’ve had several people inquire about running for the school board here in the county,” said Cleve Poole, local GOP chairman. “A little interest has been shown in a few other positions, as well.”

Locally, the sheriff, revenue commissioner, district court judge and coroner are up for election.

Statewide, the governor, state senators and representatives, most of the constitutional offices and a few of the appellate judges will be on the ballot.

While none of Butler County’s elected officials are Republican, Poole said the county does support the GOP.

“The county as a whole votes for Republicans for many statewide offices and in federal elections,” he said. “I think, as Republicans continue to be more mainstream in the state, there will be Republicans elected for local offices.”

At present time, all statewide offices are held by Republicans.