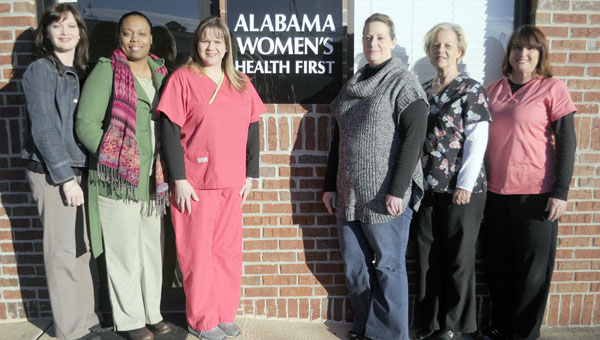 The Alabama Women’s Health First Clinic opened its doors to the Camellia City on Dec. 2, and has since been dedicated to providing preventive health care options to women in Butler County and the surrounding areas.

Dr. McCain Ashurst, founder of the Alabama Women’s Health First Clinic, said that the desire to expand the Montgomery-based clinic to Greenville stemmed from a lack of similar services in the area.

“What I’ve noticed, all throughout Alabama, really, is that there’s quite a shortage of physicians and quality access to medical care, so when I created Alabama Women’s Health First, it was with the premise to have a warm, supportive environment for women to come get their annual exams, their pap smears, discuss birth control options or even get STD testing,” Ashurst said.

“And really, there’s nobody within two or three counties of Butler County, so I thought Greenville was a great place to open a clinic for a lot of women that needed access to quality care that don’t have it.”

Until the clinic opened, the primary option for women was the local county health department and similar locations.

And though the range of services provided at Alabama Women’s Health First isn’t as diverse as those offered within a traditional health department, Ashurst and the clinic staff aim to differentiate themselves from other clinics by providing an extra layer of discretion and a physician-owned mentality that focuses on providing care, and less on the bottom line.

“And we think that’s the way it should be. By doing so, the women are more likely to show up for their visits.  And if they’re getting on birth control, the more compliant they are with birth control and the overall goal is to decrease the unintended pregnancy rate in Alabama.  We’ve proven in Montgomery County that we’ve been very successful in treating them and giving them the support that they need to make the right decision for their bodies.”

Though the clinic has been in operation for a little longer than a month, the holiday season has put a damper on the number of incoming patients.

But Ashurst remains confident that the clinic’s previous successes can be duplicated here in Greenville.

“So far, everyone is super excited and talking about it, but we’re not seeing that coming in the door yet,” Ashurst said.

“So hopefully, now that it’s the new year and people are starting to think about their health again after getting through the holidays, it’ll start picking up volume-wise.  I think this model really is going to be successful, and I hope to expand it to as many places where women need it throughout the state, with God willing.”