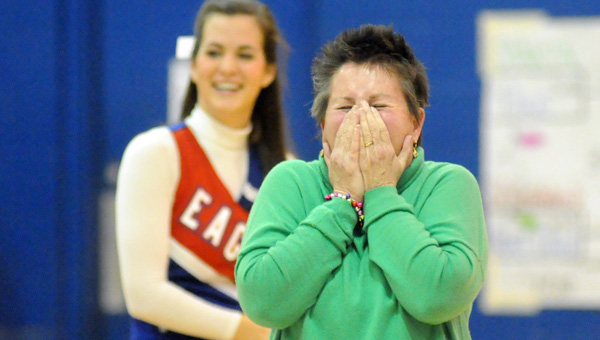 Fort Dale Academy cheerleader sponsor Marrianne Russell was honored during halftime of the Eagles’ matchup with Springwood School Friday night. Russell, who has served as the school’s cheerleading sponsor for 14 years, has announced she will step down from that role at the end of the school year. On Friday, Fort Dale’s cheerleading squad, along with cheerleaders from past squads, came together to perform a cheer in Russell’s honor.