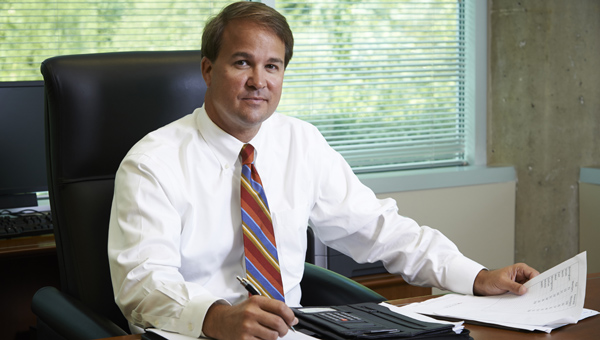 Billy Norrell, executive director of the Alabama Road Builders Association, has been named CEO of the Alabama Alabama Associated General Contractors, succeeding Henry T. Hagood, Jr., who has served as executive for the AGC for 44 years.

Norrell is a native of Greenville whose family operates G.W. Norrell Contracting in Georgiana.

“Having Billy on board represents a great opportunity for the Alabama AGC,” said AGC President Mike Tew. “I would like to thank (search committee chairman) Alex Whaley and the rest of the committee for their efforts during this transition. The committee came to a unanimous decision on this important choice.”

Norrell says he was content to remain in his position at ARBA “for as long as they would have me.” But when Hagood made the decision to retire, Norrell quickly moved to the top of the list of potential replacement candidates.

“Billy’s name rose to the surface early on,” said Tew. “He’s well known in the construction industry throughout the state. He already knows the (AGC) issues because we fight a lot of the same battles as Road Builders. We buy the same concrete from the same people, we deal with the same companies. We’re pretty much connected at the hip. I’ve known Billy for the 16 years he’s been involved with Road Builders and I think tremendously of him. He is highly respected and has the integrity and character needed for the job.”

Norrell said there is no way he can fill Hagood’s shoes.

“He served as a mentor and friend to me when I came to ARBA, and as a new member of the AGC family I will do my best to serve the needs of the AGC membership as he always did,” Norrell said. “It is truly an honor to have this opportunity and to work with such a legend.

“My family has been in the bridge building business in Butler County for almost 70 years.  My father and grandfather, founders of G.W. Norrell Contracting Corp. in Georgiana, served as past presidents of ARBA, and the company is a member of both associations. The relationships between the two associations are too numerous to mention, and I look forward to working with familiar names and making new friends through AGC.”

Norrell has served as executive director of ARBA since 1998. He said his new position at the Alabama AGC does not signal an end of his involvement with ARBA.

“This presents a new way for me to continue my interaction with the industry that means so much to me and my family,” Norrell said.

Norrell acknowledges that are things he will have to learn in his new role, saying, “I have a pretty good grip on building left to right. Now I have to figure out how to build up and down.”

Still, Norrell says he is confident that the transition will go well, partly because there are a number of similarities between the AGC and ARBA, especially involving such issues as labor and insurance.

“It’s not a big, dramatic change. It’s pretty familiar territory,” Norrell said. “The AGC is a very close organization to the Road Builders. And I think that familiarity will allow for a very smooth, seamless transition.

“I’m going to certainly do my best to reach out to the entire membership and hope that they will help me learn the things that I don’t know specifically about the vertical construction world. I’m going to spend a lot of time meeting these contractors who I’m not familiar with and reaching out to them, and I hope they’ll reach out to me the same way.”

Legislatively, Norrell says he expects project-delivery methods such as design-build and construction management at risk to be among the key issues facing the Alabama AGC in the coming years.

“We’ll work very hard to make sure that all the right people are heard and the issue is properly addressed before any sort of decision is made on how to pursue a direction for the state,” Norrell said. “It will be a big issue for the state if they look at these new project-delivery methods. Those are items that I know will be of interest to all the AGC members.”

The Alabama AGC is the largest non-residential construction association in the state, serving 900 members with offices in Florence, Huntsville, Birmingham, Montgomery, Mobile and Pensacola.