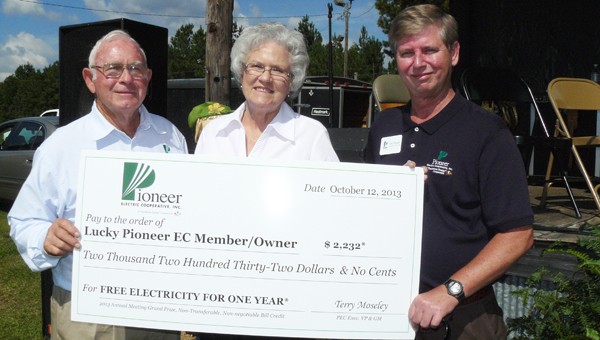 More than 150 members attended the meeting, which also included an election for the Board of Trustees.

Each of the three incumbents that sought re-election won their races. In District 2 Carey Thompson defeated Tommy Anderson, while Dave Lyon and Linda Arnold won re-election in District 5 and District 8, respectively. Both ran unopposed.

Executive Vice-President and General Manager, Terry Moseley also took the opportunity to unveil Smart Hub, which allows members to view their usage and pay their electric bills on line as well as using smart phones and other electronic devices.

To end the meeting, prize drawings were held with gift cards, cash and other prizes worth more than $5,000 being given away. The grand prize, a year’s worth of electricity, was won by Georgiana’s June Whittle.