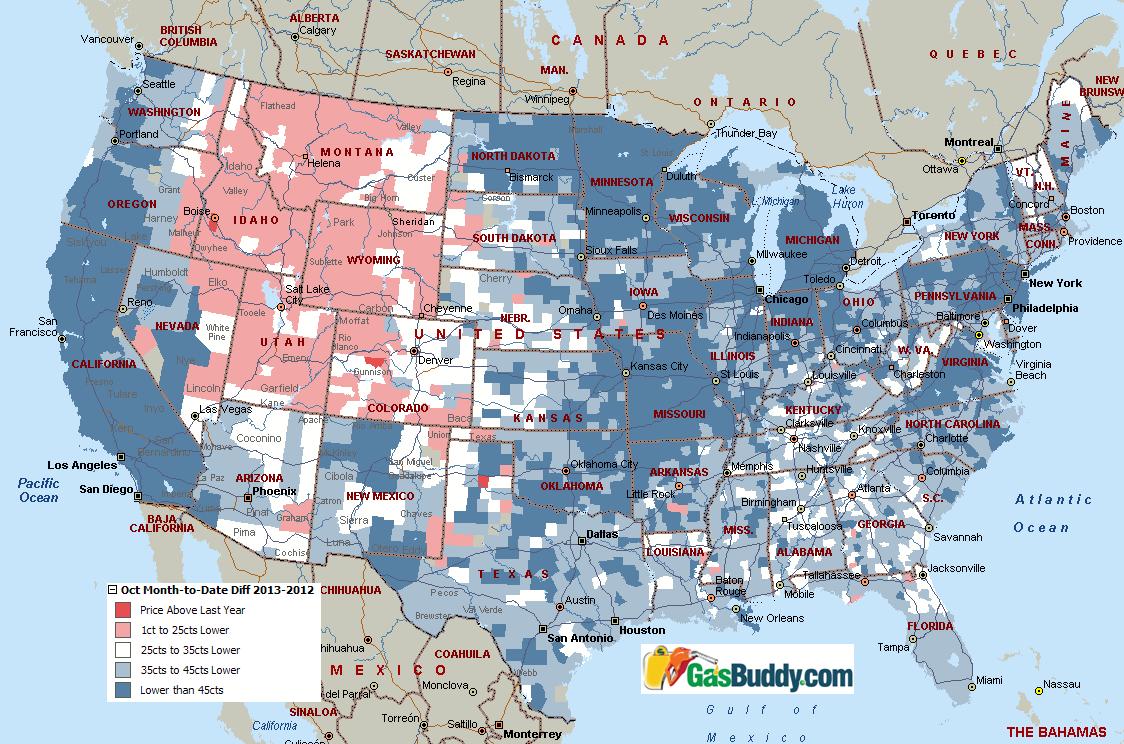 According to the facts, gas prices – on the national level – have dropped one cent from yesterday, and that gas is down 41 cents from this period last year.

The facts are as follows:

1.       The national average is $3.380/gal, down a half cent from yesterday. In the last 40 days, 38 of them have seen the daily national average decrease from the previous day. There has also been a streak of 34 consecutive days of lower prices, from September 3 to October 6. This is the longest chain of downward prices since 2008, when prices went down every day for a whopping 86 days, from September 18 to December 12. According to Tom Kloza, the streak of consecutive down days could be broken in the next few days. Wholesale prices moved up an average 11.7cts gal from October 4-10, and that will slow down the pace of decreases and perhaps even lead to occasional regional increases by Monday.

5.       In contrast, nearly 5percent of the country is under $3.00/gal, while last year, less than .01percent of stations fell under that threshold.

7.       Missouri’s average is the lowest in the country at $3.064/gal, unseating South Carolina for the spot, while predictably Hawaii holds the title for the highest average, at $4.20/gal. Hawaii is also the only state with an average above $4.00/gal.

11.   Virginia has the least expensive 1percent of stations in the nation; they average $2.84/gal, down 57cts from Virginia’s lowest 1percent last year.

13.   Conversely, Delaware has the smallest gap between its highest 1 percent and lowest 1percent stations. Only 34cts differentiates the averaged highest prices ($3.55/gal) and the lowest ($3.21/gal.)

14.   The median price is down in every state compared to last month and last year. 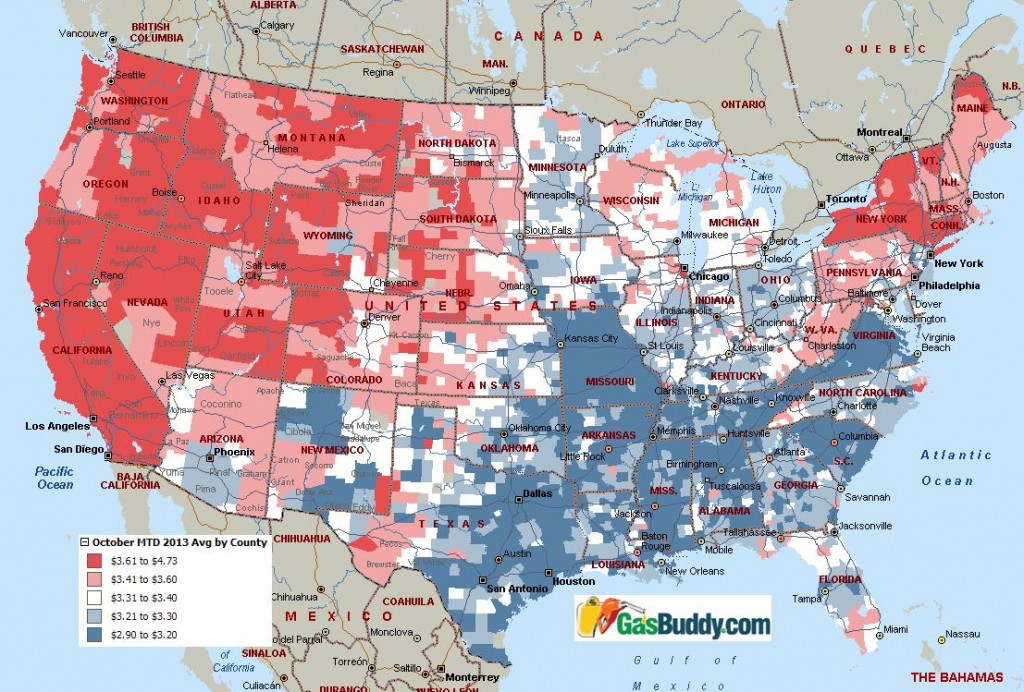